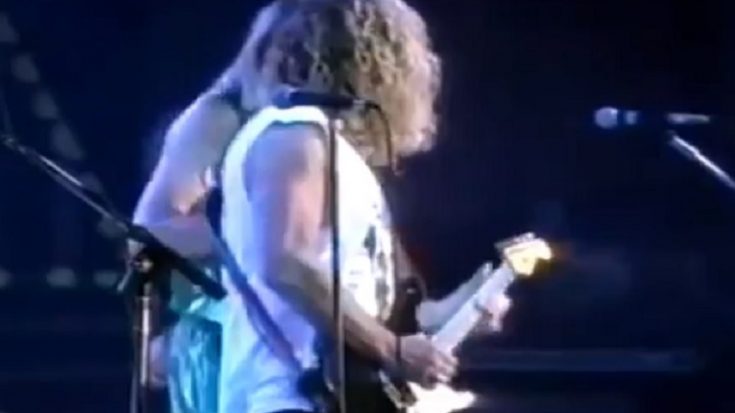 Robert Plant is hailed as one of the most iconic lead singers of all time, and there’s a reason why. But aside from this notable gift of his, he can also blow people’s minds while performing a tasteful solo of guitar, as he did in this live performance.

In the live concert led by Led Zeppelin’s main vocalist, he did not entirely show his face nor his talents in singing high notes. What he did was to flaunt his marvelous skills as a guitarist, playing a song that highlighted his ability to perform live. Jimmy Page has his own way of hitting the rhythm to another level, but something about Plant’s wonderful fretwork makes him admirable even. With his flirtatious skill in handling the Fender Stratocaster, it was mesmerizing that you could definitely stop what you’re doing and just listen to the insane riffs blown on stage.