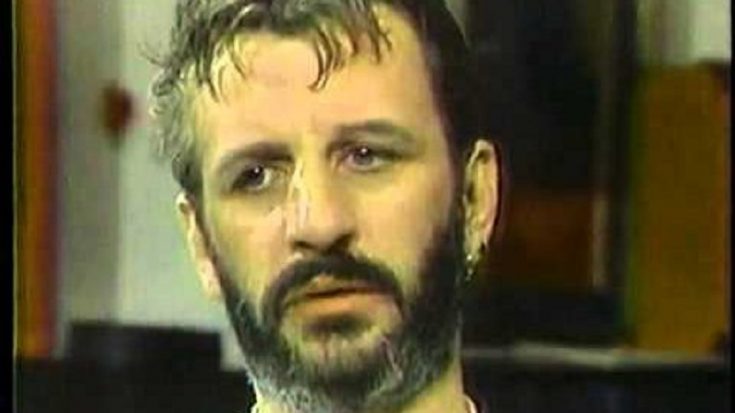 John Lennon’s death on the 8th of December, 1980 was one of the most heart-wrenching events that happened in history. An obsessed fan shot Lennon in front of the building where the musician lived in New York, and Lennon didn’t make it to the hospital.

In an interview with Lennon’s former bandmate and fellow Beatle Ringo Starr a year after his death, Starr recollected the last time he saw his friend. Barbara Walters, the host, opened up about the tragic moment that’s still raw to be discussed.

“Isn’t it funny when you say that now?” Starr expressed his surprise at the fact that he needs to get used to the fact that he’d have to say “ask the other two,” instead of three. “You know it’s so new to me that it sort of clogs you up a bit. I used to say ‘ask the other three’ but now we can only ask two which is a drag but I’m sure he’s ok.”

With the sad look on his face, he broke the small moment of silence by saying how he still misses John “a great deal. I’ll always miss him.” A follow-up question of how did Starr knew about the news was given, and the drummer explained that he got the news from his wife’s daughter. After a while, Starr pleaded, saying “Do you want to stop that now? It doesn’t help and it always gets me upset” to the interviewee.

Starr was the last member of the band The Beatles to see John Lennon, recalling the date November 15 on the same year that John was shot to be the exact date. He recalled their meeting in the Plaza Hotel where the two bonded over.

“He [John] came over with Yoko for an hour. And we had such a great time, ‘cause they stayed five hours. It didn’t matter that it was a year between we didn’t see each other, it was always fine when we did – but it was a particularly great time that we, that I had, anyway.”