Listen To George Harrison & Eric Clapton “Something” Performance In Japan 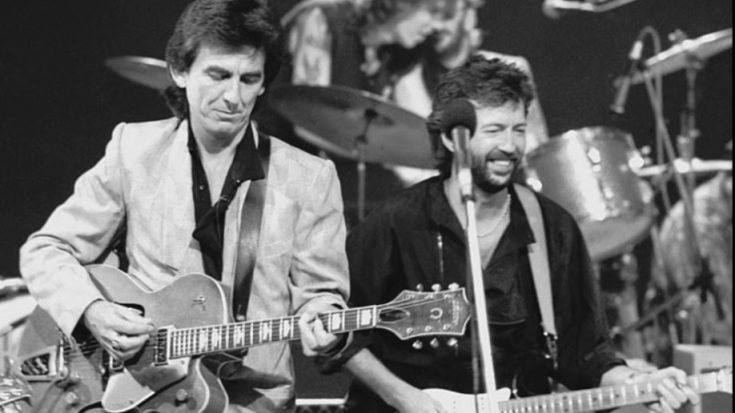 We’ve come a long way in discovering some of the finest collaborations between two rock artists. But perhaps, one of the criminally underrated teamwork that most people don’t know about was between George Harrison and Eric Clapton’s successful Japan tour in 1991.

Harrison, given the history of touring and the physical toll it provides, was never a huge fan of that. His 1974 Dark Horse tour was a disaster, but he set his mind straight and decided to try the thrill of tours once again when his buddy, Eric Clapton, asked him to join him in Japan.

For a total of 12 shows, Live In Japan was a success, featuring the talents of both Harrison and Clapton in vocals and guitar. It was a time worth remembering as well since it was the final tour of Harrison before his tragic death in November 2001.

The video provided below displays the audio of the familiar tune of Harrison’s hit “Something” from his work in the Beatles. Notice how the two musicians work together perfectly— with Harrison’s voice on point and Clapton’s virtuosic guitar playing is also noticed.