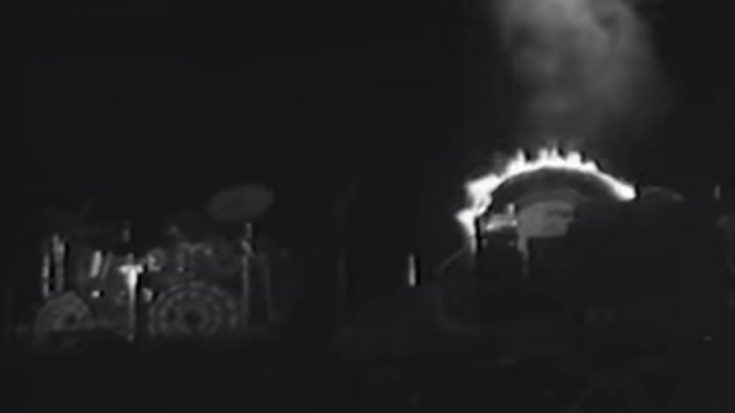 Pink Floyd’s legacy is cemented on the band’s ability to create powerful and meaningful songs. But, this trippy performance inside the Amsterdam Rock Circus back in 1972, gave proof to everybody that they’re more than just the studio rockers that we know of.

While Pink Floyd was busy testing their new material that would eventually sprout as the legendary Dark Side of the Moon album, the guys are constantly touring their hearts out. Back and forth, they managed to show to everybody what they are capable of, in exchange for their fame and recognition to many of their growing fans. And it’s not hard to adore them, since they are the leading progressive rock band in the 70s.

One act that truly demonstrated the power of this progressive quartet is their performance of “A Saucerful of Secrets.” Armed with the wild orchestration of the bass tones, the sharp licks of the electric guitar, the busting drum beat, and the piano twirling is something that can be a bit mesmerizing to someone’s ears—- sometimes, not in a good way. But still, the guys have achieved what they were trying to in the first place.

Oh, and there’s a fire surrounding a circle, and nauseating lights throughout the entire performance. One couldn’t guess why.