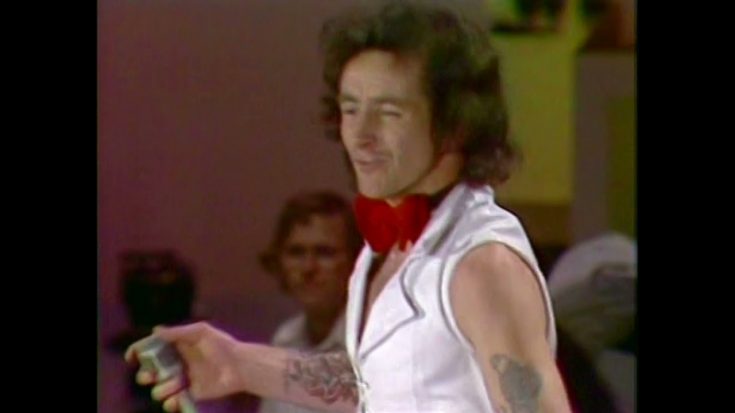 There’s no denying that AC/DC became one of the biggest bands to ever exist from Australia. After the numerous personnel changes, the band finally settled in when they released their very first album, High Voltage.

The LP contained some of the well-known songs from the group, including their single of the same name. And to promote their work, the guys have to work hard and show up to every gig that they could get to boost their popularity. Yet, that’s just easy as 123 with their feisty frontman and charismatic singer, the late Bon Scott.

Scott ruled the Aussie stage back in 1975 for the group’s performance of “High Voltage.” The increasing electricity and the overall synergy that the AC/DC have during that point was remarkably excellent, giving us the assurance that these rockers would shoot for the stars and would eventually get it. There’s a reason why the British Magazine named Classic Rock once labeled Bon Scott as the greatest frontmen of all time—- and this video is a clear evidence for that.

For AC/DC, there’s no low voltage in rock and roll, only high ones.