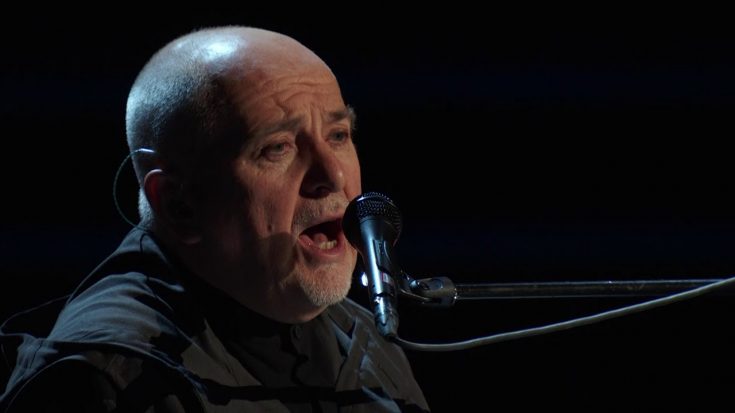 Let’s rewatch the amazing performance of Chris Martin and Peter Gabriel with the latter’s phenomenal song, “Washing of the Water.” The video can be viewed below.

Chris Martin’s passionate tribute to lifelong influence Peter Gabriel was one of the earlier highlights of the 2014 Rock & Roll Hall of Fame induction ceremony. With Martin “quoting” from the book of Genesis and with a “Sussudio” reference, the Coldplay frontman shared some funny and moving insights about his idol. “He’s a curator and an inspirer, Martin said. “He helped John Cusack get his girlfriend back in the movie Say Anything.”

With that speech, Martin also added a story of him buying Gabriel’s 1992 album Us, on cassette. He also named “Washing in the Water” his favorite song on the LP. You could only imagine the excitement on the singer’s part with being able to perform this stunning, underrated hit with Peter Gabriel himself.

The mellow, piano-driven ballad intensified the emotional resonance that both Gabriel and Martin delivered effectively. They may have come from different backgrounds and eras of music, but, at this very moment, it seems as though both artists were equal.

Watch Peter Gabriel and Chris Martin’s performance of “Washing in the Water” below.