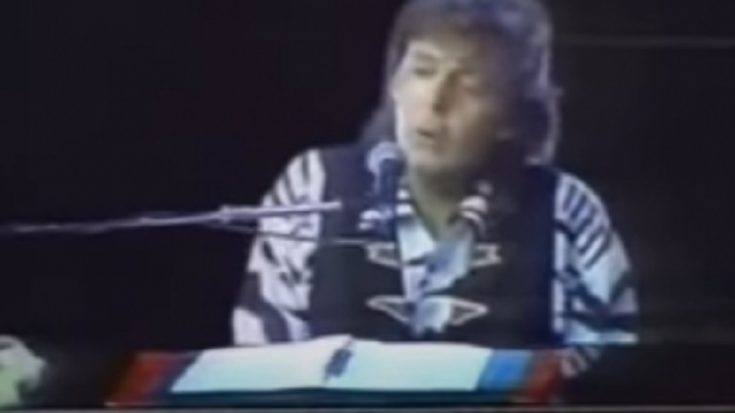 10 years after the devastating news about John Lennon’s death, Paul McCartney came back and paid tribute to his dear friend, in the land where they first started it all: Liverpool.

Although the pair couldn’t always agree with each other, both respected each other’s craft and contributions to music. Since their time in The Beatles and after the split, they have been keenly updated to each other’s work.

Back in 1990, Macca surprised thousands of fans present who were eager to see the legend play songs once more. After he retired from touring with his band Wings, it was the first time since that Macca played on a large crowd.

“It’s a tribute to someone we loved dearly,” McCartney starts speaking. After then, he began to sing Lennon’s greatest songs: “Strawberry Fields Forever,” “Help,” and “Give Peace A Chance” – songs that made The Beatles and his solo career skyrocket to fame.

Paul admits to several misunderstandings between him and his late songwriting partner, but they knew that music played a huge role in healing and uniting the world. You can watch the video below.