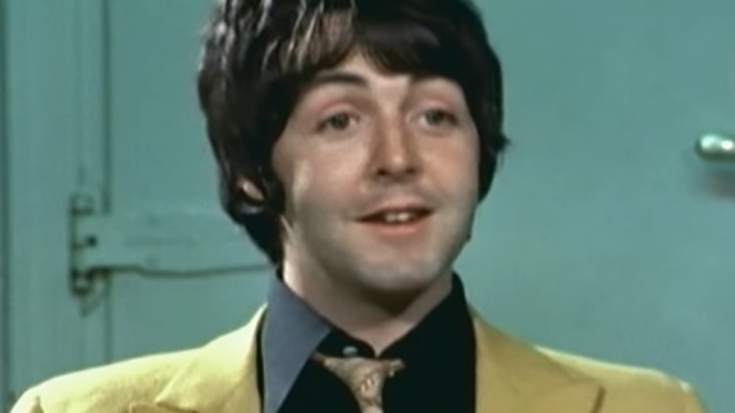 They say that creative people patiently wait for moments of inspiration; with Paul McCartney, he could push it further to the next level, that there would be no room for waiting— only inspiration.

Sir Paul McCartney has long been known for his tasteful musical urges. Unlike his friend and fellow Beatle John Lennon, who would take a break until he can finally twirl his mind working, Macca would go point-by-point and try to proceed on every angle that he could find for a good song. Almost always, this trick works, a true mark of a genius.

A particular “genius moment” of his was caught on cam inside The Beatles: Get Back documentary, wherein Paul, George Harrison, and Ringo Starr are circling around a bunch of instruments, while Macca is working on a new tune. Finding new sources of inspiration, he strums his bass, looking for a distinct sound that they might use. Note that the musician is working under the pressure of releasing a new album as soon as possible, therefore, adds the excitement of finding a real song.

At the first 30 seconds of the clip provided below, Macca is using placeholders, mumbling and strumming his basslines. But right at the 47-second mark, he finally settled on the familiar tune of “Get Back,” with him singing some parts with real lyrics. Within two minutes, the structure of the song is formed.

Whether the musical spur is done spontaneously is still up for questioning. While Peter Jackson had faithfully put 6-hour long footage on top of the band’s former Let It Be documentary, it’s still not right to assume. But, just this moment, the unraveling of a pure genius part of McCartney’s is incredibly amazing, nonetheless.

The clip is making rounds on social media. You can see it for yourself below.

I’ve never seen anything like this on film before. Paul really has nothing at the 30 second mark—but 45 seconds later he’s got the makings of a hit single. pic.twitter.com/kvGOp1yuZs