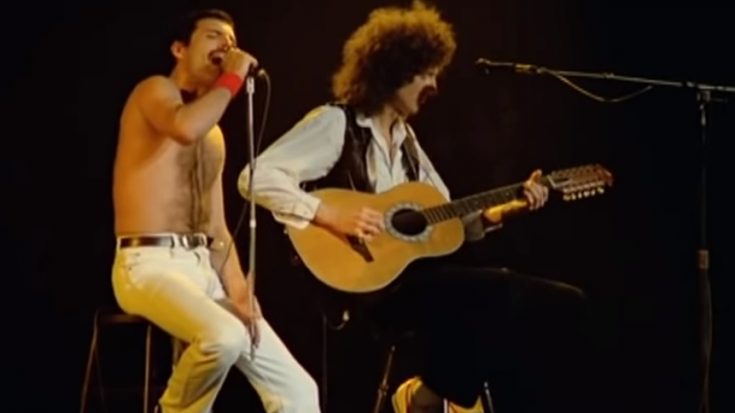 One of the most sentimental ballads in music history, Queen’s “Love Of My Life” from 1975’s A Night At The Opera showed the band’s ability to mellow down in the same intensity they rocked out. Frontman Freddie Mercury wrote the song on piano and guitar first, before having Brian May rearrange it for playing on the acoustic 12-string for live performances.

While there have been numerous speculations on whom Mercury is alluding to in the song, he himself debunked the rumors with the statement: “Love of My Life,’ for instance, I simply made up. There’s nothing personal about it.”

The song was introduced to the live setting on the News Of The World Tour of 1977, becoming quite the concert favorite of fans that Mercury stopped singing and allowed the crowd to do it instead. Since Mercury’s death, May has been handling the vocal duties of the song in his stead, often accompanied by a video playback of Mercury singing it. As usual, the crowd is given the honor to sing, often becoming an emotional tribute to the late frontman.

Here is one of the earliest live performances of “Love Of My Life” by Queen, recorded at the Houston leg of News Of The World tour on November 12, 1977.