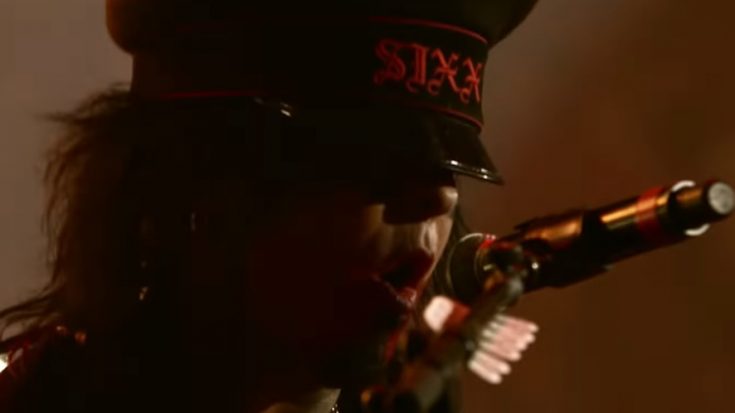 The summer Stadium tour of Mötley Crüe, Poison, Def Leppard, and Joan Jett has been postponed to 2021 due to the COVID-19 pandemic. It was scheduled to begin on June 18 at TIAA Bank Field in Jacksonville, Florida, and conclude on September 5 at SoFi stadium in Inglewood, California.

In a group statement, the rock acts wrote: “The new stadium dates are being rescheduled. Your tickets will be honored for all postponed shows and refund policy information will be made available shortly. Stay tuned, be safe, and we will see you next year!”

Mötley Crüe hasn’t been seen by the public eye since their farewell tour in 2015, as they signed a cessation of touring agreement beforehand. “Legally, we can’t play again. The only loophole is if all four band members agreed to do it, we could override our own contract. But we know that will never happen,” Nikki Sixx said in 2014. They did so come 2019, releasing a video showing the contract getting blown to bits.

Ticket sales for the tour and additional shows were great, but thanks to the COVID-19 pandemic, any concert isn’t just able to push through due to fears of transmission. “I would not feel comfortable, I just wouldn’t. I wouldn’t feel comfortable putting the band or my crew in that position. I don’t really have that right to mess with their lives like that,” Joan Jett said.