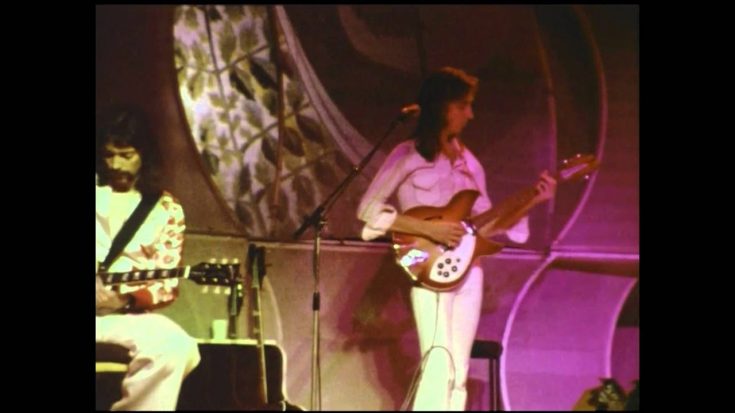 Relive the legacy of Genesis in this fully restored concert film at the Shepperton Studios in 1973. The video can be seen below.

Genesis were so lucky to have two thriving lead vocalists in their eventful career. It’s a lot harder to argue who gets credit for the best era, but we can assure fans that both Peter Gabriel and Phil Collins have distinctive qualities that made their time in the band equally remarkable and fantastic.

However, there have been a lot of compliments revolving around the Collins-driven Genesis, making the Gabriel-era a bit underrated with its existence. People seem to forget that Peter Gabriel brought the band to the magical world of amateur theatrics, a thing that drove the band to upright success.

Perhaps the video to best represent Gabriel’s time in Genesis is this vintage concert film restored from the band’s 1973 performance at England’s Shepperton Studios. Two words: surreal and epic; a frontman who tells stories through music – backed up with the most amazing musicians you could ever think of (Collins, at this point, is still the main drummer). At a time when progressive rock bands like Pink Floyd and concept-oriented artists like David Bowie reign supreme, you have to be as phenomenal and as otherworldly as Genesis in order to compete.

Check out the band’s setlist for the show:

“Watcher of the Skies”

“Dancing with the Moonlit Knight”