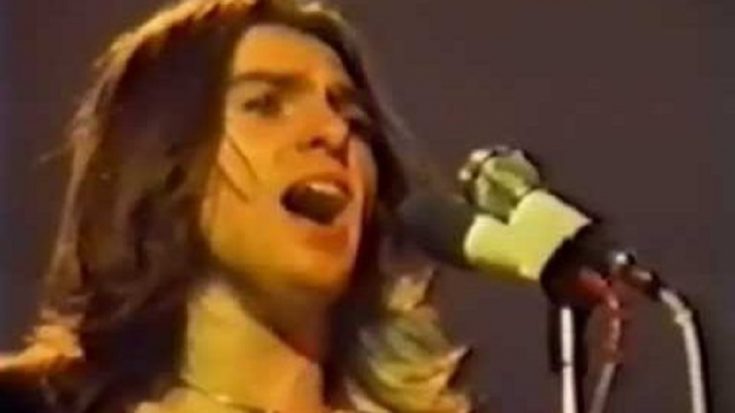 It’s a rare gem to find any Peter Gabriel videos in his time with Genesis. So, if you do find one, you better treasure it and admire it in its full glory. In line with that, we’d like to share this amazing Belgian TV concert of the band with Gabriel in his most riveting performance.

Even though he’s the perfect man to do the job of being the frontman, Gabriel was still hesitant to be filmed without permission. “I think it’s largely my fault,” Gabriel answered in an interview with Rolling Stone. “I was a major film obsessive, and I had dreamed of trying to do things properly, so I wouldn’t allow it.”

And so the video presented below is a real treat for any Genesis fan who can admire the versatility of the Gabriel-era of the group. Recorded back in 1972 – live at the Belgian TV program Pop Shop, the band were starting to make rounds as progressive artists. Steve Hackett (guitar) and Phil Collins (drums) had been around for about a year now and at this point, Gabriel, who became well-known for his unique stage theatrics, didn’t have that passion in him yet when he performed inside the 30-minute set.

The band mostly played the songs inside their then newly-released album Nursery Cryme, with the exception of “Twilight Alehouse,” which wouldn’t be released until 1998. Just 3 years later, in 1975, Gabriel would quit Genesis, citing burnout. He would eventually try out his luck as a solo artist. And as for the band, they pretty much lucked out as Collins took over the group, bringing the flexibility of the band to a whole new level.

Check out their setlist below.

“The Fountain of Salmacis”

“The Return of the Giant Hogweed”