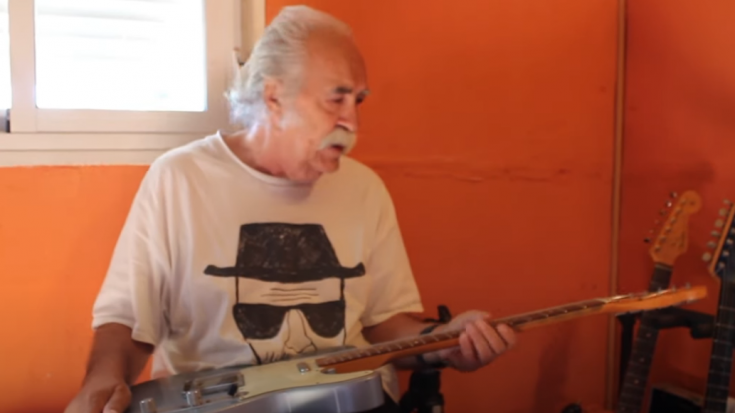 With the recent death of Nazareth’s original lead guitarist Manuel “Manny” Charlton, we’ll take a look at the legacy of his work with the video presented below.

In December of 1968, in Dunfermline, Scotland, vocalist Dan McCafferty, guitarist Charlton, bassist Pete Agnew, and drummer Darrell Sweet got together to form Nazareth out of the remnants of local semi-professional band The Shadettes (established in 1961). Influenced by the likes of the Beatles and the Rolling Stones. Charlton had a major impact on Nazareth’s success on a global scale. Wider rock audiences were introduced to his bluesy style of playing and Dan McCafferty’s vocals in 1971 when Nazareth toured as Deep Purple’s opening act.

Moreover, Axl Rose of Guns N’ Roses felt infatuated with Nazareth’s Hair of the Dog album that he wanted to meet the guy behind it: Charlton. With that, in June of 1986, at the request of Geffen Records, the musician produced a number of albums at Sound City Studios in Los Angeles, helping propel the band’s Appetite for Destruction into greater heights of fame. After leaving Nazareth, he embarked on a solo career that was of modest success.

Here’s Manny Charlton explaining to you how to play some classic guitar tunes. You may want to check this one out.