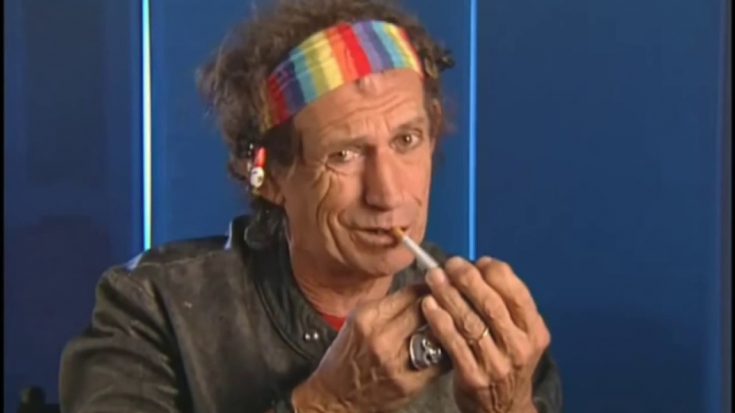 Though there are these repeated rumors that The Rolling Stones and The Beatles were longtime rivals since the booming 60s, the time has yet proven that these gossips were nowhere true; at least for George Harrison and Keith Richards.

The two guitarists from their respective groups have unexpectedly formed a great bond, according to Richards. Inside a Rolling Stone column named Remembering George, the still-active Rolling Stones’ guitarist emphasized their so-called “bond.”

“George and I kind of formed-without talking too much about it,” Richards said. “Although we did have a laugh here and there-a bond, in that we felt we were kind of fulfilling the same role within our respective bands.”

“I think the other thing, that strain that runs between George and the Beatles and ourselves, the Stones, is just that we’re basically the same age and happened to find ourselves in this unique position without any training. You can’t go to star school. And George was never interested in that,” the guitarist added.

He also linked George’s personality to those of Stones’ late drummer, Charlie Watts, who was also a shy, enigmatic fellow. “There’s very few I’d give that word to, and I wouldn’t give it to myself. But he was a gent,” he said.

It seems as though the feelings were mutual, as Harrison was documented in a 1988 MTV interview about how much he adores the Stones’ guitarist. Albeit he haven’t seen the man in years, the respect and admiration remained for both musicians. “I haven’t seen Keith in years,” Harrison answered. “He’s lived, I presume, in Jamaica and New York, I haven’t seen him for a long time. Yeah, I like Keith a lot. We occasionally send T-shirts to each other.”

It would’ve been an opportunity to last for a lifetime to see these two legends collaborate. But at least for now, we’re glad to find out that these two legendary axemen were nowhere near the drama surrounding the rivalry between the two groups.