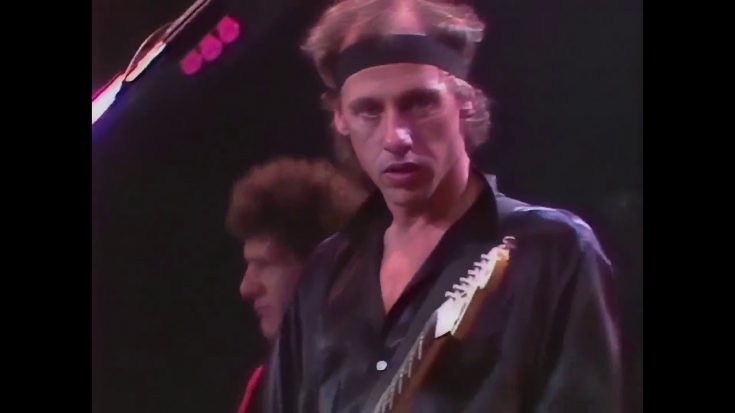 Mark Knopfler became a well-known musician, all thanks to his prolific career as the leader of Dire Straits. These British rockers wooed the world with their amazing songs and outstanding guitar solos courtesy of Knopfler. He’s easily one of the best guitarists of our time, no doubt.

Knopfler, as a young kid, discovered that he has a talent for making songs, and decided to pursue a career in line with his skills. Knopfler had created the band’s iconic “Sultans of Swing” on a National Steel guitar in open tuning, an experience that made Knopfler doubt the song’s ability, to which he referred then as “dull.” Years later, when he bought his own ’61 Stratocaster, everything seemed to change.

“Sultans of Swing” became a national hit, and received a cult following. Until then, the significant radio play of their song gave the young lads a deal with Phonogram Records and became a real studio band. It became a classic rock staple on the band’s concerts, as well as classic rock radio stations.