The 20 Of The Best Road trip Rock Songs 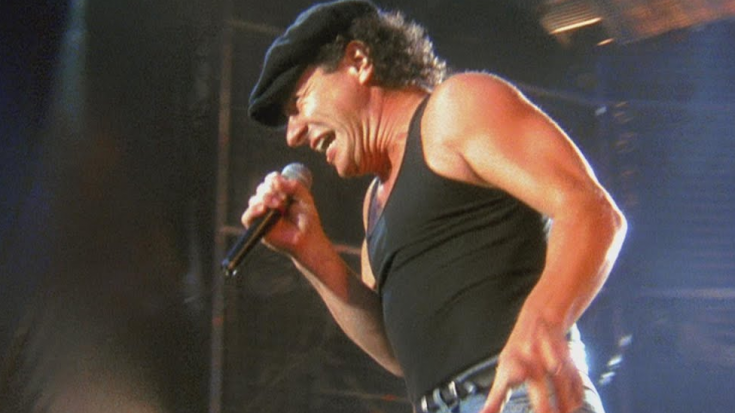 Nothing could beat the joyous feeling of road trips together with your friends. The adventures on the path, the stories, the laughter, and the rushing feeling of excitement shared are beyond priceless. To make things better, it’s always great to be pumped up for the long drive with classic rock tunes to suit your mood. Below, we’ll take you on a tour with these 20 rock songs guaranteed to make you sing your lungs out. Have fun!

This Bon Jovi classic will definitely swing your mood to the fullest. “It’s My Life” is the lead single from their Crush album.

This Rolling Stones’ hit will find your heart wanting for more Jagger vibes albeit with its controversial lyrics. The song serves as the opening track to their popular Sticky Fingers album.

If you want a more refined, country-rock song, then your heart is in the right place if you listen to this. A Lynyrd Skynyrd classic that catapulted the legends to popularity, this belongs to their album Second Helping.

These Aussie rockers made the greatest song as a tribute to one of the greatest frontmen in the history of rock, Bon Scott. It belongs to their album with the same name and is the first one to feature newly-recruited vocalist, Brian Johnson.

This lovely Doors’ gem is a concert staple from the group, and also features Jim Morrison’s vocal prowess. It can be found in their Morrison Hotel LP.

This opening rocker to LZ’s 2nd album, Led Zeppelin II is guaranteed to make you crank up your energy. The song’s insane riffs are considered to be one of the best of any rock song in comparison.

“Smoke on the Water”— Deep Purple

Deep Purple came up with this defining rocker when they firsthand witnessed a catastrophic event on the Montreux Casino located in Switzerland. This is the lead single from their Machine Head LP.

Who couldn’t resist rocking with this classic gem from Guns N’ Roses? Their album Appetite for Destruction basically turns them into rockstars overnight.

The highlight of Dire Strait’s debut album would definitely want you to dance for a little while. “Sultans of Swing” is a song worth listening to.

“Take It Easy”— The Eagles

The Eagles went solid for their debut album, especially for the opening track. Aside from “Hotel California,” “Take It Easy” is one of the band’s most recognizable songs.

“I Want to Break Free”— Queen

This John Deacon-penned song would make you want to reflect on the life you’re living at this point. It appears on their album The Works.

This heavy metal song from the legends of the metal arena is worth every means of appreciation. It’s definitely worth listening on the long, drowsy trips to keep the spirits high.

“Listen to the Music”— The Doobie Brothers

The Doobie Brothers became popular all thanks to their first big hit, “Listen to the Music.” If this will not want you to sing for more, we don’t know what will.

“Run to the Hills”— Iron Maiden

Another heavy metal classic, only this time it’s from the one and only, Iron Maiden. This should keep the heart racing and ache for more metal songs. The song is a part of The Number of the Beast LP.

Motörhead hit the jackpot when they created “Ace of Spades,” which became a quintessential metal anthem. It belongs to their album of the same name.

This power ballad deserves to be a part of the classic road trip list because almost everyone in your circle wouldn’t want to miss the opportunity to sing it! This belongs to Aerosmith’s album of the same name.

“Life is a Highway” — Tom Cochrane

“Life is a highway, I want to ride it all night long,” because who wouldn’t? This rockin’ road trip anthem is a must for any long trips that you’ll take.

This Joan Jett classic is a go-to when you want to prove your admiration for the beloved genre. Jett’s version is only a cover, but it’s a well-known version compared to its original singers. It’s the lead single from her album of the same name.

“I Want to Know What Love Is”— Foreigner

Depending on your mood on the road, cheesy love songs are still worth a listen. If you ever want to jump on that ship, “I Want To Know What Love Is” by Foreigner has got you covered. It’s the band’s most successful single from their Agent Provocateur LP.

Van Halen’s most successful single, “Jump” is a song worthy to be listened with a full-fledged rocking mood, and will keep your adrenaline going. It’s a part of Van Halen’s 1984 album.