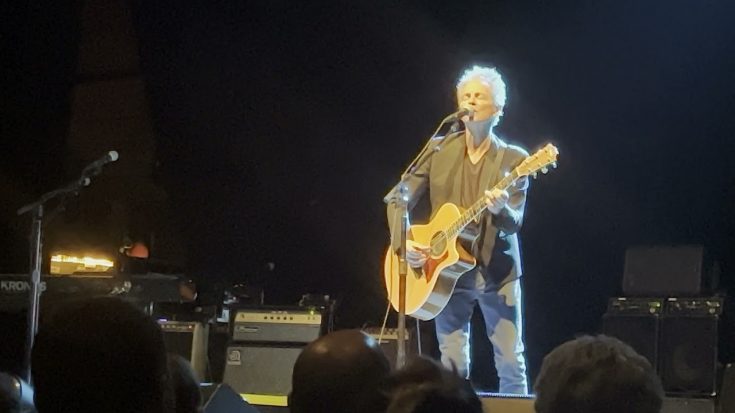 Take a look at Lindsey Buckingham’s performance of Fleetwood Mac’s “Never Going Back Again” as he wrapped up his first pandemic-era concert last 2021. Video footage can be seen below.

Buckingham started headstrong with his tour last year, September 1st at the Pabst Theater in Milwaukee, Wisconsin, and bid his farewell at the Boulder Theater in Boulder, Colorado on December 20th. The musician’s setlist included his classics “Soul Drifter” and “I Must Go,” as well as the Fleetwood Mac ones, “Go Your Own Way,” “Tusk,” “Big Love,” and the abovementioned song.

The tour also became his first public concert appearance since 2019, after he went on a heart surgery which gave quite a damage to his vocal cords. But with the video presented below, it seems as though there’s no hint of such. Buckingham gave it his all for this one.

“Never Going Back Again” is among the many songs from the Rumours album that Buckingham wrote in the wake of his split with bandmate and lover Stevie Nicks. It’s arranged in an acoustic format, so all the rawness of emotions can be felt here.

You can watch the fan-taken video below.

She broke down and let me in

Made me see where I’ve been

Been down one time

Been down two time

You don’t know what it means to win

Come down and see me again

Been down one time

Been down two time