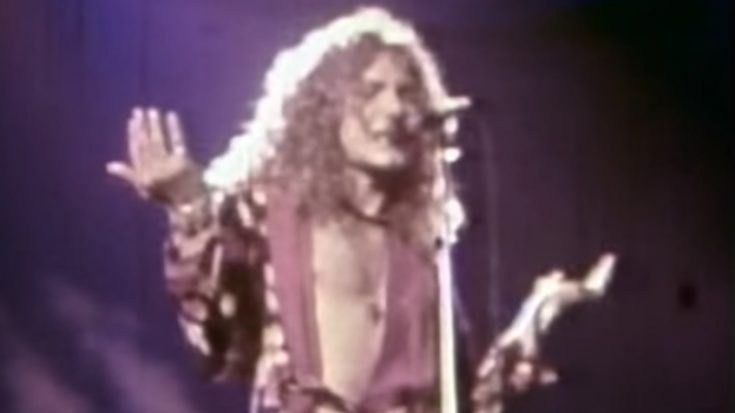 One of the best cuts of Led Zeppelin has to be “Kashmir” from their 1975 album, Physical Graffiti. Frontman Robert Plant said the track came to be while he was driving through the Sahara Desert on his way to Morroco for the National Festival of folklore. “‘Kashmir’ came from a trip Jimmy and me made down the Moroccan Atlantic coast, from Agadir down to Sidi Ifni. We were just the same as the other hippies really,” he shared.

Jimmy Page particularly favors the riff of the song, which was derived from one of his tuning cycles, DADGAD, until it caught on in one brainstorming session. He said, “The intensity of ‘Kashmir’ was such that when we had it completed, we knew there was something really hypnotic to it, we couldn’t even describe such a quality. At the beginning, there was only Bonzo [drummer John Bonham] and me in Headley Grange. He played the rhythm on drums, and I found the riff as well as the overdubs which were thereafter duplicated by an orchestra, to bring more life to the track. It sounded so frightening at first…”

“Kashmir” was also one of the few Zeppelin songs that hired outside musicians to contribute to the recording. “I knew that this wasn’t just something guitar-based. All of the guitar parts would be there. But the orchestra needed to sit there, reflecting those other parts, doing what the guitars were but with the colors of a symphony,” said Jimmy Page in a 2011 Rolling Stone interview.

According to Robert Plant, it was John Bonham’s drumming that tied it all together, saying, “It was what he didn’t do that made it work.”

Relive Led Zeppelin’s 1975 performance of “Kashmir” on the video below.