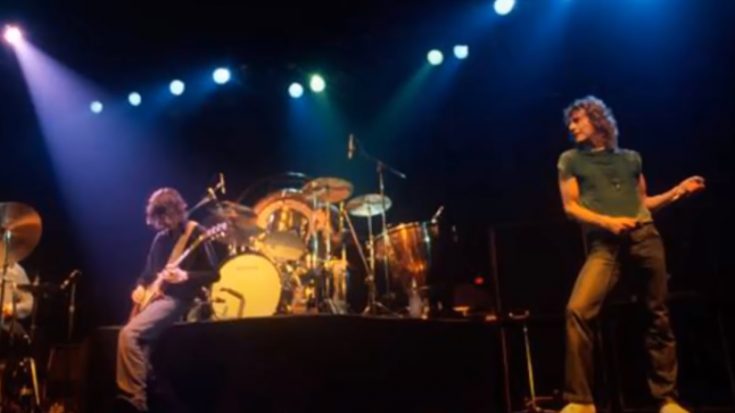 Led Zeppelin was well received in Switzerland during the height of their touring runs. They appeared three years straight in Montreux starting in 1970 but didn’t play in 1973 on their last tour of Europe during the ’70s. They came back the next decade, specifically with a show at the Hallenstadion in Zurich on June 29, 1980.

The band was at Nuremberg the night before, but the show was cut short with just three songs played as John Bonham collapsed onstage. They redeemed themselves with the Zurich show, which is considered to be one of their best final shows to date. Guitarist Jimmy Page opened the show by saying, “Well if you’ve noticed, I just took me glasses off so I can see the guitar a bit better and see you a bit better too. Right, right. Ok, we got an old one. I hope you can remember is cause it’s quite an old one. It’s called ‘Black Dog.’”

Robert Plant follows it with his own greeting, saying, “Guten Tag! I mean good evening. Everybody Ok? Sorry about the ah, small delay, unforeseen things. Very nice to be back in Switzerland again. Been quite a long time, I think since Montreux. Anybody remember Montreux? You’re showing your age kids. Well since we hit the road last time we managed to make, create and put out an album complete with artwork called In Through the Out Door. This is a track from it. It’s called ‘In The Evening.’”

Relive this epic show from a compilation of 8mm footage of the said Led Zeppelin concert date.