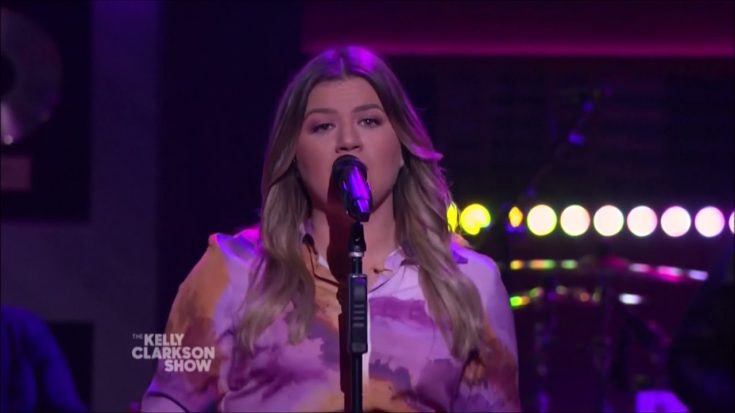 Kelly Clarkson is, without a doubt, the most revered cover artist of our time. For years, she proves her talent of having a song from a different artist and making it hers.

Inside her program, The Kelly Clarkson Show where she speaks with celebrities, play games, and of course sing her heart out through her segment, the Kellyoke. At one point, the singer gave a wonderful rendition of Tom Petty’s “I Won’t Back Down,” with her powerful voice. The video can be watched below.

In addition, Petty’s “I Won’t Back Down” was the singer’s way of reclaiming his life, which was then pretty shaken about when an arsonist burned his house down. He and his family escaped, but the singer was traumatized for life because of the incident. Since songwriting had a special “calming effect” on him, the song helped him cope.

This was the debut single from Petty’s album Full Moon Fever, which Jeff Lynne helped produce and co-write. Petty and Lynne recorded the album at Mike Campbell’s residence. Campbell, Petty’s guitarist with the Heartbreakers, has co-written and produced a number of songs. The song’s music video also featured Petty, Lynne, and Petty’s Beatles friends: George Harrison and Ringo Starr.

Take a look at Kelly Clarkson’s performance below.