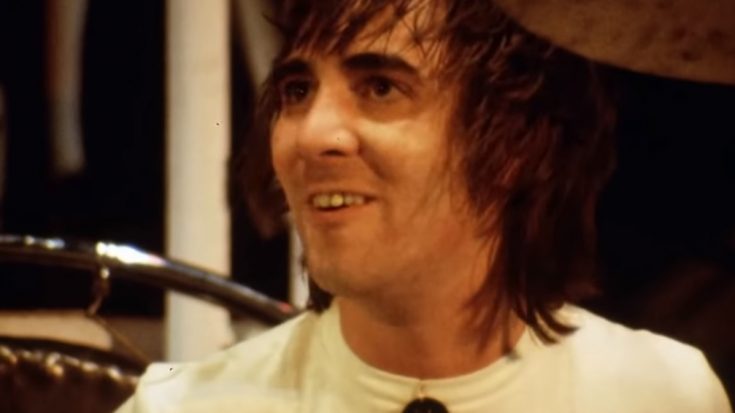 Keith Moon’s tragic death, one of the world’s most skilled drummers, still affects rock music lovers hard every now and then. No one would’ve thought that the erratic drummer, who went on stage with the great Led Zeppelin in 1977, will give one of his final-ever gigs before his untimely passing in 1978.

Led Zeppelin performed a massive sold-out six-show run at Los Angeles’ The Forum in late June 1977. Given the group’s desire for a spectacle, Moon was called on stage to sit behind the kit for a wild performance. Moon, who allegedly gave Led Zeppelin their moniker, appeared on stage for a final time during the band’s show in L.A. on June 23rd, 1977. He played the Led Zeppelin classic “Moby Dick,” known for its fantastic drumming pattern courtesy of Zep’s drummer, John Bonham.

Moon was just 32 years old when he died in 1978 from an overdose of the prescription drug Heminevrin, which had been prescribed to him to help him overcome his alcohol addiction (he reportedly took 32 pills out of 100 that he was prescribed). Moon tragically died the day after attending a party honoring The Buddy Holly Story hosted by Paul McCartney.

Here, you can watch a piece of rock and roll history as Keith Moon joins Led Zeppelin and even shares drumming duties with Bonham on stage. Talk about the greatest collaboration of all time!