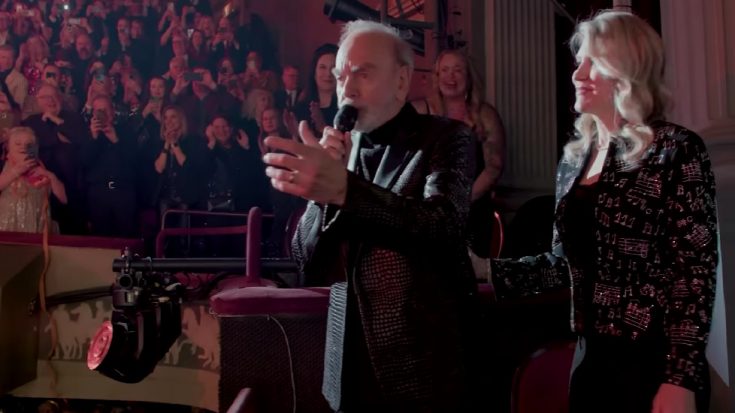 It’s hard not to associate Neil Diamond with his massive hit, “Sweet Caroline.” And we just can’t get enough of this song whenever the musician plays it in a live setting.

The legendary songwriter had to retire from touring in 2018 after being diagnosed with Parkinson’s disease, although he has occasionally made public appearances to showcase his wonderful voice. In fact, Diamond stunned the crowds once again on December 4 of last year with a spectacular performance of his iconic song.

On the occasion of the New York premiere of the musical A Beautiful Noise, which is based on his life and work, Neil returned to his birthplace. The musical was penned by Anthony McCarten and produced by Ken Davenport and Bob Gaudio, and it was given the title Beautiful Noise to honor Diamond’s album of the same name from 1976. The play takes place in a therapy session with Neil reacting to the therapist reading from a used copy of Diamond’s The Complete Lyrics. The singer-songwriter sang his 1969 hit at Broadway’s Broadhurst Theater.

The chorus of “Sweet Caroline,” by Neil Diamond, is one of the most recognizable in popular music, and we find ourselves singing along every time we hear it. In recent years, the stadium anthem has become the pop favorite, especially among England football fans. You can watch the lovely performance shown below.