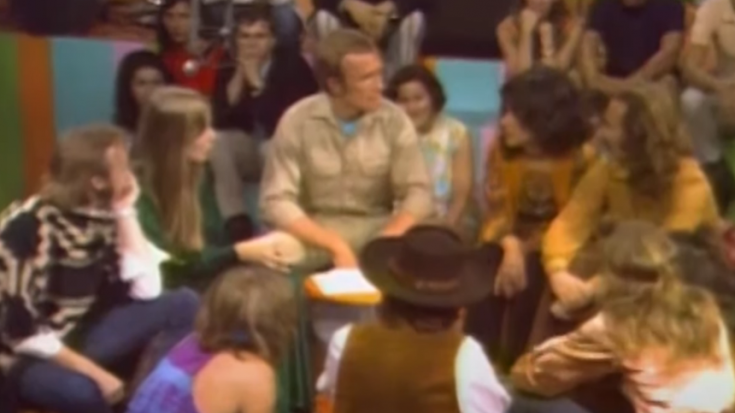 The Woodstock Festival is historical in its kind, and so, to bring at least an inch of that momentous event inside a television show is somewhat iconic. We’ll take you back to the time when Joni Mitchell, Jefferson Airplane, and David Crosby sat down for an interview at The Dick Cavett Show.

What differentiated Dick Cavett from the rest of the other talk show hosts was how incredibly welcoming he was to anything peculiar and uncommon. He wasn’t that much of a conservative and allowed more artists to freely express themselves artistically and personally. That is why, when the Woodstock performers came a day after they played their gigs, it felt as though they didn’t leave Max Yasgur’s dairy farm, still dressed in their hippie outfits. Yet one thing worth noting though, Joni Mitchell was also present in the interview, and everyone knew she wasn’t present at the festival.

Mitchell was billed to be at the festival, but with her conflicting schedule, her manager, Elliot, decided to pull her out. The closest she’d been to the festival was only through watching TV in her hotel room.

While the rest of the guests were busily talking about their experiences, Mitchell sat awkwardly and only talked when she was addressed to. Nevertheless, the feeling of being the only person “left out” of the conversation made her write her iconic song, “Woodstock,” which was written immediately after the talk.