All The Songs Dedicated To Stevie Nicks 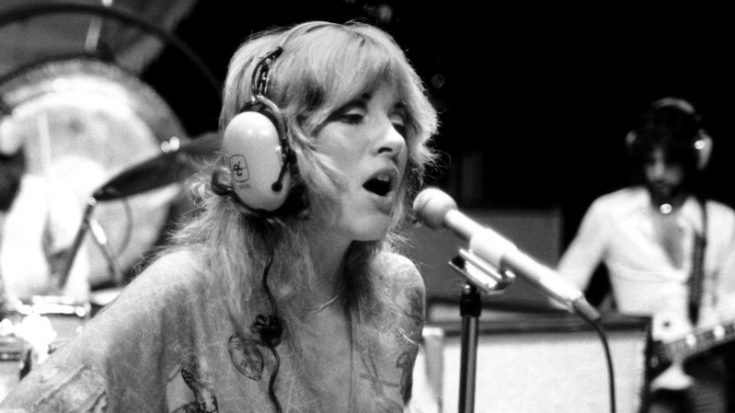 We can’t deny Stevie Nicks’ charm and allure that makes up her whole personality. Everyone loved her for who she is and for her beloved songs, yet apart from it, Nicks is also the center topic of some of the finest tracks we have ever heard on the radio. Most of the songs presented below were written out of the musician’s romantic relationship with Nicks, while others were made out of friendship and her recognizable talent as an empowering female musician in the male-dominated industry. Check it out below.

“Sometimes It’s A Bitch” – Timespace: The Best of Stevie Nicks

It’s rare to find someone who would write a song about you as he rummaged through all the experiences you had in your younger years, but that’s exactly what Jon Bon Jovi did as he wrote this song for Nicks. The female rockstar didn’t initially like the word “bitch” in the title, but generally liked the song and its message.

“Go Your Own Way” – Rumours

We all could remember how Stevie Nicks and Lindsey Buckingham got together as high school sweethearts but fell apart when the two got admitted to Fleetwood Mac. Nicks famously penned songs about their relationship, and so Buckingham did it too, hence “Go Your Own Way” was created.

“Say Goodbye” – Say You Will

Buckingham wrote “Say Goodbye” when he initially left Fleetwood Mac in 1987. For him, it’s all about Stevie Nicks and seeking closure that the two had never officially given to one another.

“What Makes You Think You’re the One?” – Tusk

The tensions post-breakup between Buckingham and Stevie Nicks was palpable, and so the guitarist then wrote another song. Still bitter and couldn’t move on, Buckingham wrote “What Makes You Think You’re the One?” to perfectly make it clear that it’s over between them.

Nicks is a major fan of the late Tom Petty and was eager enough to repeatedly ask him to write her a song for her debut album. Petty initially offered her the Heartbreakers’ song “Insider,” but Nicks felt that the song wasn’t intended for her. Petty then began to write lyrics for “Stop Dragging My Heart Around,” and the rest is history.

“Life in the Fast Lane” is one of Eagles’ well-known classics, often attributed to the fast-paced living in Lost Angeles, where drugs and alcohol are often present. What people don’t know is that Don Henley, whom Nicks briefly dated, also wrote the song in part for his old beau, when their relationship was about to end.