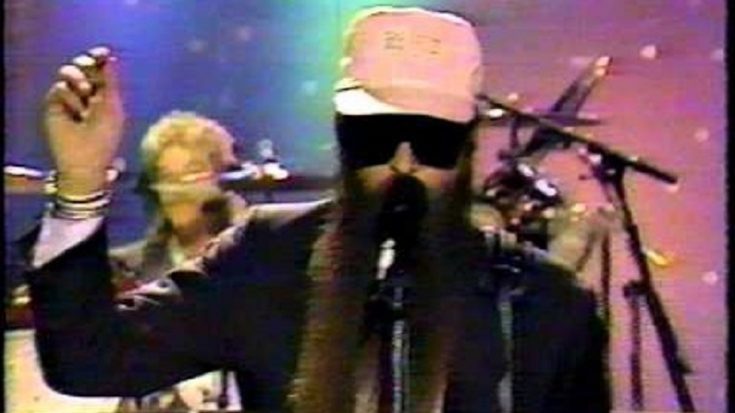 Nothing beats ZZ Top’s live performance at The Tonight Show Starring Johnny Carson. Their TV performance debut, done after 16 years since they debuted as a band, was both hilarious and amusing to watch.

Host Johnny Carson introduced the group as “one of the biggest single concert attractions in the country,” as he expressed how privileged the show is since they were the first ones to show the boys on television. The Texan rockers then performed their well-known song, “Sharp Dressed Man” in matching outfits and matching guitars for Billy Gibbons and Dusty Hill. Clearly enjoying the atmosphere, Johnny Carson and his bandleader Doc Severinsen also took the time to wear fake beards to match the iconic ones from the group.

After the first song set, while audiences still hurling from the background, vocalist Billy Gibbons thanked them and stated: “How about another one?” as they performed another song, “Tush,” on-stage.

“I’m gonna drive home like this tonight,” Carson jokingly said to the group as the interview started.