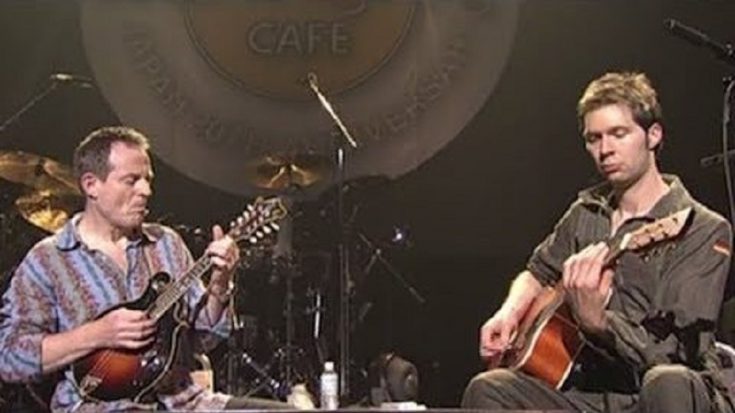 John Paul Jones’ different talents inside one of rock’s greatest bands named Led Zeppelin is noteworthy. After all, Led Zep won’t achieve its godly status without the help of a man who’s capable of playing any instrument given to him.

JPJ’s drive on accomplishing anything related to music truly inspires many artists to pick up an instrument and learn how to exhibit talents that parallel his style. While it’s easy to promise one’s self to learn a song from Led Zeppelin, truth be told, it’s all just talk. JPJ yields power and distinctiveness unto songs, therefore, make them more compelling and harder to grasp.

In this one video of Jones with Paul Gilbert from hard-rock band Mr. Big, the two exhibited their talents in front of everybody as they began to play an instrumental and smoother version of Led Zeppelin’s “Going To California,” right at the Hard Rock Café’s 20th anniversary in Japan back in 2003. This folk song first appeared on the band’s 1971 album, simply called Led Zeppelin IV. Jones’ tasteful use of mandolin instead of any typical guitar is among the song’s strengths.

Going back to the video, pretty much what you’d expect from someone so great can be observed here. JPJ’s mandolin and Gilbert’s acoustic blended all-too perfectly, and there’s no need to emphasize the song’s fullness with lyrics.