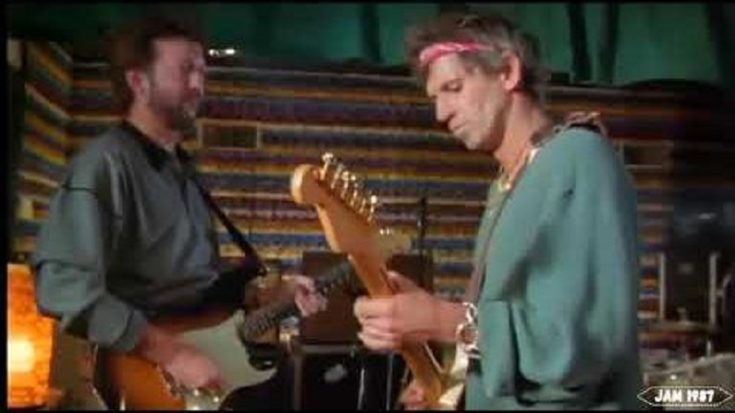 There’s nothing greater than legends working with fellow legends! Let’s take some time and reminisce one of rock’s most treasured collaborations between three guitar heroes: Chuck Berry, Eric Clapton, and Keith Richards.

The father of rock and roll took some time out and was joined by both prominent musicians: Clapton and Richards to play an awesome 12-bar blues jam. The video belonged to Chuck Berry’s iconic 1987 documentary film Hail! Hail! Rock ‘n’ Roll paid attention to two 1986 concerts for Berry’s 60th birthday. Richards, Berry, and Clapton’s get-together jam session is among the behind-the-scenes moments. Apart from the triumvirate, the musicians present in the clip were Johnnie Johnson for piano, Chuck Leavell for the organ, Steve Jordan for drums, and Joey Spampinato for bass.

Richards and Berry were known to have a falling out, but inside the clip, all is neatly forgotten. Both clearly have respect for each other’s craft, and along with the performances, it’s a superb assembly of talents. The room was filled with laughter, good energy, talented spirits, and hearts that are ready to give in the best performance to celebrate all the good things in Berry’s life.

You can watch the footage down below.