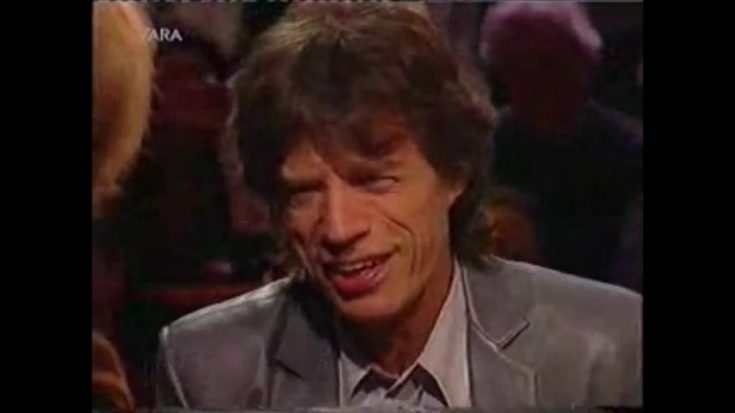 The recurring comments about Bob Dylan’s voice tend to go way back from the moment that this legend started a career in music. While many applauded Dylan’s lyricism and contributions, what truly bothered him the most was the rude remarks of people who would say anything just to bring down something efficient like him in the industry. And for Mick Jagger, that’s a bone he needed to pick from an interviewer who snagged a rude remark towards the folk-rock legend.

Both Jagger and Dylan knew the nits and grits in the world of music, having been two of the few people in the ever-changing industry to survive its cruelness. With more than what they could hope for, they’ve struggled from the constant clash of ideas from society and the media, who would oftentimes find even the tiniest of details and blow it up as if it is a huge deal in the first place. But whatever the situation is, both have great respects with each other’s craft. Dylan once referred to Mick Jagger’s band, the Rolling Stones, as “the greatest rock n’ roll band in the world,” and always will be.

When Jagger appeared in a Dutch TV program with a host who apathetically discussed about becoming an ageing rockstar, the discussion turned into one where Dylan is involved, with Jagger asking if Sonya (the host) likes Bob Dylan. She replied yes, but further implying that she doesn’t like his voice. Jagger retorted:

“It’s a funny voice, it’s like a voice that’s never been one of the great tenors of our time, but it’s got a timbre, a projection, and it’s got a feeling to it. You were talking earlier about as you get older that your voice takes on a different resonance, different pitch and so on. So, there’s something to be said for that.”

The audience laughed for a bit about Jagger’s comment about Dylan, but they all knew that the musician collectively got his point towards the host who badmouthed someone so legendary. Take a look at the video below.