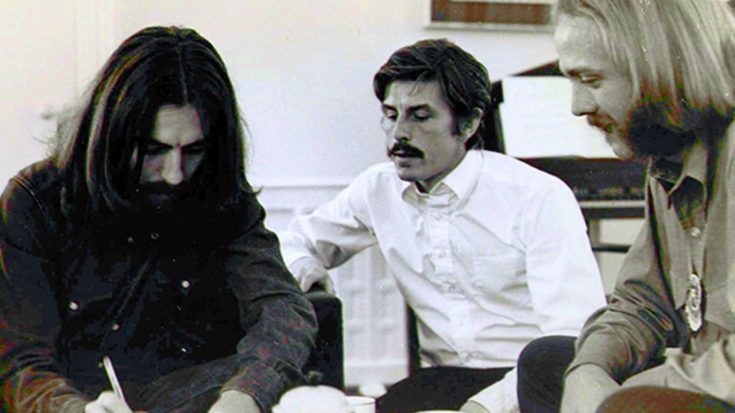 The Beatles’ Abbey Road marked the band’s final attempt to get it together and release a one, grand album to ease their need to be collaborative once again. And although Let It Be was the final album released by the band, it was Abbey Road that stitched the final will of the Fab Four to be together inside the studio.

In this well-known 32-minute interview of George Harrison with journalist Richard Yorke, Harrison discussed the album, along with a few personal questions that surrounded the band at that time. Harrison was open to the discussion of all the songs included in the Abbey Road catalog and even mentioned how the members created each of their masterpieces. All 4 of them created a song, so generally, Harrison discussed each one of its origins.

He also pondered on how he wrote his two greatest classics, “Something,” which aptly mirrored James Taylor’s “Something in the Way She Moves.” And “Here Comes the Sun,” a song he wrote when he skipped a board meeting from their Apple Records to go hang out inside Eric Clapton’s house.

“We’d been through real hell with business, and, you know, it was very heavy,” Harrison said. And on that day, I just felt as though I was sagging off like from school, it was like that. I just didn’t come in one day. And just the release of being in the sun and the – it was just really nice day.”

Harrison also faced some tough questions regarding their controversial The Beatles album, simply called the white album, which lack the certain “togetherness” that people loved to feel from the band. There, the musician said that there were songs that should’ve been left off from the album, such as “Revolution no. 9.” Harrison called it good, but it just wasn’t a “Beatles thing.”

He also ventured on why The Beatles got sick of performing live, since after their big break, performing in front of everyone was a bit too much to handle. Harrison also talked about the controversies surrounding the fiasco inside their label, Apple Records, and gave his thoughts about it.

You can listen to the audio interview below.