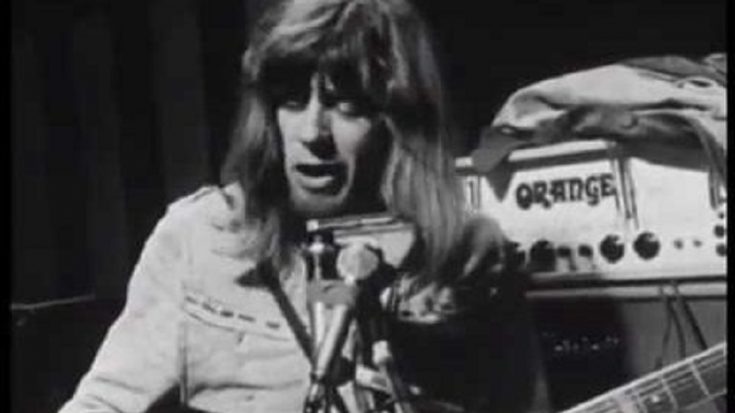 John Mayall’s influential band called John Mayall and the Bluesbreakers became a pivotal part of the British blues and rock. Without the efforts of the band to create a difference in the music industry, there would be no basis for British rock music that we know of today.

Another interesting trivia behind the band was at one point in the mid-60s to 70s, the band catered a handful of excellent musicians in the rock and blues arena. Among those are Eric Clapton and Jack Bruce (Cream), Peter Green, Mick Fleetwood, John McVie (Fleetwood Mac), Aynsley Dunbar (Frank Zappa and The Mothers of Invention), Jon Hiseman, Dick Heckstall-Smith, Tony Reeves (Colosseum), and Mick Taylor (Rolling Stones). That’s how powerful the Bluesbreakers are at their heyday, albeit the lack of any surefire hits.

Inside the clip provided below is a truly enduring masterpiece that any blues fans should take a look at. In 1968, an 18-year-old newbie to the music scene named Mick Taylor showed clear potential among the other members of the band. Following the release of their 3rd album Crusade, the band embarked on a series of promotions; among those was a 1968 appearance on a French TV show.

John Mayall and the Bluesbreakers was like no other; Mayall’s voice echoing a nostalgic life in the 60s. The quality of music that they’ve created as a whole is something surreal and fantastic at the same time. No wonder, the band became the production line of famous musicians— there’s nothing worth comparing to their greatness in the name of blues.