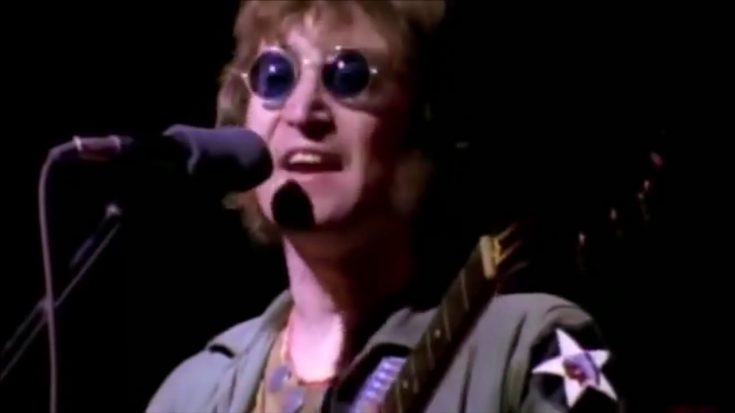 The Beatles’ songs were always one of the most covered songs of all time, in fact, the McCartney-penned “Yesterday” holds that title even in today’s setting. That goes to prove that time after time, people will always be drawn to sing any Beatle song.

In this one fan-made video of John Lennon singing “Come Together” during his Live in New York City concert, someone layered a cover version of the same song to the footage. Before you judge and throw harsh words to the unnamed singer, whose YouTube channel is fantadenaranja1997, you must take a glimpse of it first.

That’s the power of liberty, you can basically do anything. Lennon’s original version, which can also be found on the streaming platform, is quite good and authentic, whereas the edited cover version is more studio-built. You can notice that it’s vaguely edited since there are some words that Lennon sang which didn’t follow the actual voice that was glued to it. There’s no way that Lennon would achieve the high notes while looking calm, and that’s another view to take note of.

The video’s not so bad, after all. If you don’t like covers, or you hate the idea of dubbing voices to the originals, then this one isn’t built for you. But if you don’t mind so, you can check out the video below.