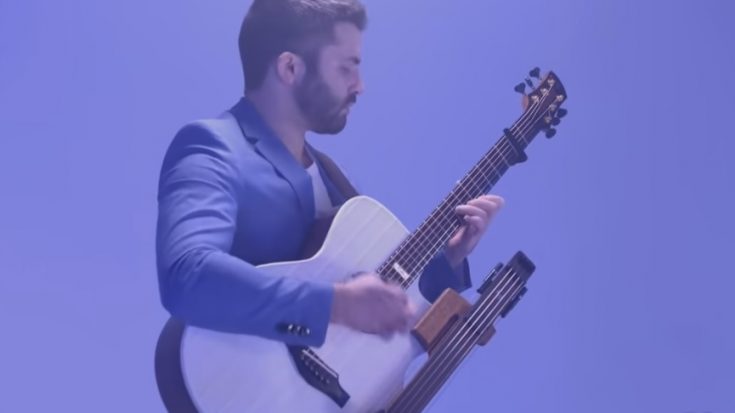 Whether you’re a fan of Led Zeppelin or not, it’s arguably true that the band’s “Stairway To Heaven” is one of the most incredible and most imaginative songs of all time. Coming from the implausible work of Jimmy Page as a talented guitarist, the song’s legacy will forever remain in the history pages of Rock and Roll.

So it is easy to spot a fan who loves to cover Led Zeppelin’s songs. But unlike any other, Luca Stricagnoli has the potential to steal the show. An Italian-based acoustic guitarist, his innovative exchanges of harmonies on his instruments are what makes his covers superbly great.

Specifically for his work in this iconic song, Stricagnoli effortlessly showed a melodrama of tunes from the beginning, followed with a catch from sliding his fingers to the vocal melody lines. One can assume what’s more to offer, but then his mesmerizing solo on the later part using a second guitar is mind-blowing to watch, allowing you to take a sneak peek on three capos attached to its acoustic. If that doesn’t scream genius, then it’s hard to explain more.

You can check out his brilliant cover here.