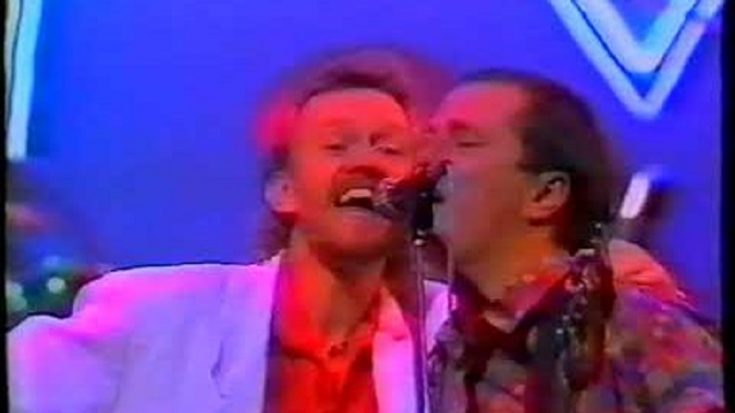 Relive the better days of Supertramp in this 1985 footage of them performing at the TV program, Como Pedro Por Su Casa.

Two years later since the departure of Supertramp member Roger Hodgson, the band created their eighth studio album, Brother Where You Bound. Among their created gems inside the album were “Cannonball” and “Better Days” both the song openers in side one and side two, respectively.

“Cannonball” is written by Rick Davies, the song’s keyboardist. He used only the G minor chord throughout its composition and performance. While the song’s lyrics have been interpreted by some as a subtle dig at former member Roger Hodgson, Davies said in an interview that he was actually inspired to write them by a less-than-perfect concert promoter whom he declined to give the name.

“Better Days” is somewhat a political song of Supertramp, especially if you saw its music video. The lyrics are supposed to convey the idea that even the worst people in history (Hitler, Stalin, etc.) believed that they were doing the “right thing,” as that was defined by them or their ideology. Perhaps they saw their path as the only or best way to achieve fulfillment.

Promoting their newly-released album, we’ll see the band performing “Cannonball” and “Better Days” simultaneously, in the video given below.