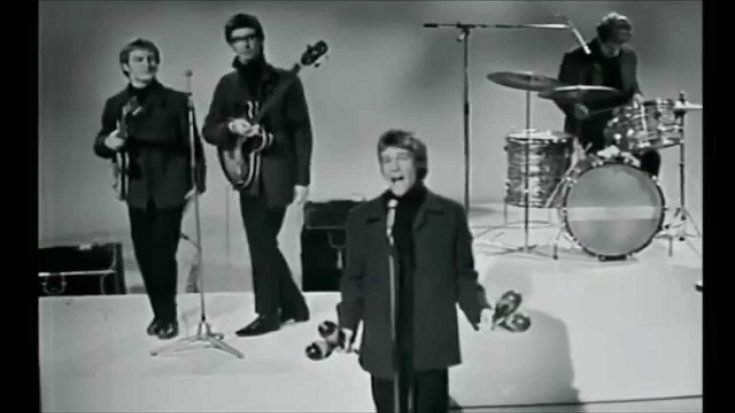 The music industry is often blessed with extremely fantastic albums from famous artists that we sometimes forget about those who equally excel in the field but didn’t have the popularity to propel them to charts. In 1972, where the rise of truly remarkable era of music have come, we are blessed with gems that are worthy to be listened: whether they achieve an underrated status all these years. Below, we’ll relive the past with these 20 albums you never thought were great.

The American duo of Sneaky Pete Kleinow and Allen Toussaint join Richard and Linda Thompson, two of the most renowned figures in British folk rock, on Sandy Denny’s sophomore album, Sandy. Inside the album, it featured her iconic rendition of Bob Dylan’s “Tomorrow Is a Long Time.”

The album is an unheralded treasure from the golden age of singer-songwriters, featuring contributions from Bob Dylan associate David Bromberg, Joni Mitchell, and other legends.

Ben, Jorge Ben’s low-key compilation of samba rock songs that effectively meld both politics and groovy dances was released before his 70s albums was celebrated.

Although the Magic Band are included on this album, Captain Beefheart goes in a more popular path with his sixth album, which is ascribed to him as a solo effort. The Spotlight Kid is still full of the peculiar flourishes that prevented it from being included on any standard radio playlists in the first place.

The sixth studio album from guitarist Leo Kottke features a wide range of musical styles and influences. Perhaps one of Kottke’s most underappreciated works, this is also one of his most comfortable and natural-sounding.

On Bobby Charles, the singer delves deep into the swamp rock genre, which he is credited with helping to pioneer, and emerges with something resembling modern-day Americana on tracks like “Street People” and “Small Town Talk,” which was cowritten by Rick Danko.

Ry Cooder – Into the Purple Valley

Cooder was quite busy working in the 70s, having worked with Rolling Stones, Captain Beefheart, and many more as a session musician. That doesn’t mean that he didn’t have time to make his sophomore album though, releasing Into the Purple Valley, a lowkey gem.

The perfect combination of lovliness and naivete that makes one irresistibly endearing. There are a couple of Carole King covers and a “Superstar” cover, but the real gems here are the Beach Boys outtakes and rarities. The fact that Brian Wilson wed Marilyn, one of the three Rovell Sisters, explained this.

After leaving Soft Machine and releasing his first solo album, Robert Wyatt formed Matching Mole, whose self-titled debut album features primarily Wyatt on vocals and drums. Matching Mole’s songs are surprisingly concise, and many listeners have found ways to incorporate elements of progressive, jazz, and experimental music that they enjoy.

Krautrockers Ash Ra Tempel experimented with a lot of the same style tropes as their peers, but they did it first, honestly. With this album, they were at the pinnacle of their success.

When compared to other albums by the Afrobeat king, Fela Kuti, such as Expensive Sh**, Zombie, and Sorrow Tears and Blood, Roforofo Fight (1972) is typically considered inferior. But what makes it above them is all the features of his later outstanding albums are here, including lengthy tracks (four here are over 14 minutes long).

As was the case with many of the Stylistics’ early ’70s soul contemporaries, the group was lauded for a succession of iconic hit singles rather than an album’s worth of work. Nonetheless, the Philly-based band’s sophomore album is full of fantastic tunes written mostly by Linda Creed and Thom Bell.

In the year following the breakup of Manfred Mann Chapter Three, the South African keyboardist formed his longest-lasting ensemble, Manfred Mann’s Earth Band. In this album, the band explores into its pop-rock roots while embracing jazzier, more artistic influences.

The Mothers – The Grand Wazoo

The Mothers’ The Grand Wazoo is a horned-up prog/jazz fusion hybrid that features a hefty group (all of the members played on Waka/Jawaka). The title tune, which clocks in at 13 minutes, is the longest of the album’s five tracks.

Although their third album was a big success in their homeland of the United Kingdom, Slade were never able to break through in the United States. Two of the band’s best tracks, “Gudbuy T’Jane” and “Mama Weer All Crazee Now,” can be found here, while the rest of the album is still considered a staple of the glam rock genre.

Larry Norman – Only Visiting This Planet

Larry Norman is widely regarded as a Christian rock trailblazer, but his music has a broader appeal than the genre as a whole. Only Visiting This Planet is his crowning achievement, more of a post-hippie concept album than a religious one. Norman’s exquisite vocals and finely crafted tunes are nothing short of divine.

The self-titled first album by Blue Oyster Cult was a surprise record when it was released in the early months of 1972. However, their consistent and high-profile touring gradually raised them among the rankings. Great tracks by the band, such as “Cities on Flame With Rock and Roll,” showcase an almost completely developed version of the band’s blend of boogie and metal.

Elvis Presley – He Touched Me

Less than five months passed between the release of Elvis Presley’s third gospel album and the release of “Burning Love,” his final Top 10 single. As the bulging 1970s were giving way to the 1980s, the King was still discreetly making excellent music. He Touched Me moves away from the more traditional gospel music of its predecessors and instead focuses on more modern sounds.

Michael Nesmith – And the Hits Just Keep On Comin’

Michael Nesmith’s fifth solo album after leaving the Monkees makes a sardonic reference to his record company’s desire for further commercial success. Nesmith and guitarist Red Rhodes perform ten of his own songs from before and throughout his tenure with the Monkees on And the Hits Just Keep On Comin’.

Trouble Man, the soundtrack to a 1972 blaxploitation film of the same name, featured Marvin Gaye’s dark, jazzy sound but received less attention than his previous hits What’s Going On and Let’s Get It On. The majority of Trouble Man is an instrumental, more intellectual composition, and in 2014, the film Captain America: The Winter Soldier highlighted the album as fantastic to listen to.