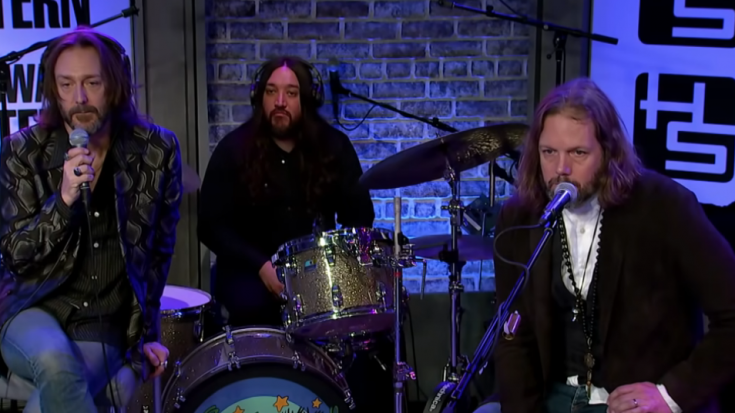 What a wonderful gift reunion is. Considering their past, the Black Crowes may be walking on a very tightrope if they hope to continue performing as a band. But, with the Robinson brothers’ reunion, forming the newest group of Black Crowes, they may actually stand a chance this time.

The Black Crowes’ 1972 is an exclusive release on Amazon Music, and it features their first-ever collection of newly recorded songs since their get-together. In honor of 50 years since the beginning of rock, one of the greatest eras in music, the band has released a six-song EP of cover versions of classic songs by artists like The Rolling Stones, David Bowie, and more.

The Black Crowes are back on top form, as seen by their opening performance of “Rocks Off,” a deep cut from The Rolling Stones’ critically acclaimed album Exile on Main Street. Black Crowes’ version remains faithful to the original and full of the blues-rock energy for which they are known. Because of the Robinson brothers’ naturally laid-back vibe, this cover sounds just as cool as those of Mick Jagger and Keith Richards. Immediately after this is “The Slider“ by T. Rex, a strong blues tune featuring the blasting vocals of Chris Robinson and the sharp, shredding guitar melodies of Rich Robinson.

Originally performed by Rod Stewart, “You Wear It Well” closes up the first three songs by the band. The first solo inside the song features an organ rather than a violin, indicating the Black Crowes’ magnificent display of their talents rather than imitating. Covering Little Feat’s “Easy To Slip” with Rich Robinson at the helm, the album’s second half opens with another mostly acoustic piece that offers some welcome diversity. Some Americana mood is being set in the midst of its gorgeous melodies and fantastic vocals.

David Bowie’s “Moonage Daydream,” a tricky blues rocker with a hint of lingering psychedelia, has Robinson’s tremendously good vocal performance that also comes as a pleasant surprise in 1972. The Temptations’ interpretation of “Papa Was A Rolling Stone,” a groovy and melancholy tune, is a fitting way to say goodbye and thank you inside the album.