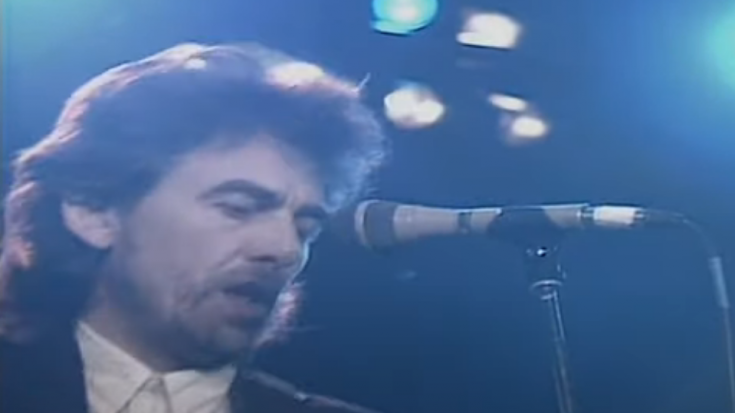 Post-Beatles, George Harrison managed to become one of the successful solo artists in the industry. But he didn’t do it through constant touring to promote his albums, in fact, it took him up to the year 1987 to finally convince himself to play live in front of an audience.

But when Harrison return to the spotlight, he made sure that it shone the brightest of stars as well. Harrison joined his dear friend Eric Clapton onstage at the Prince’s Trust concert at Wembley Arena on June 5th, 1987, after accepting an invitation from to join him. The two musicians performed several of Harrison’s Beatle classics, such as “Here Comes the Sun” and “While My Guitar Gently Weeps” a song that had Clapton on lead guitar duties.

Harrison’s own special guest, Ringo Starr, took the stage to perform the final Beatles song, “With a Little Help From My Friends,” before Harrison called an end to the event. Harrison could have easily conducted tremendously successful tours in his later years, remaining as captivating and as healthy as he was during this time. Sadly, Harrison, who wasn’t a major fan of concerts, only took part in a handful of live performances throughout his lifetime.

Watch George Harrison and Eric Clapton tear down the stage for an epic performance of “While My Guitar Gently Weeps.” The video can be seen below.