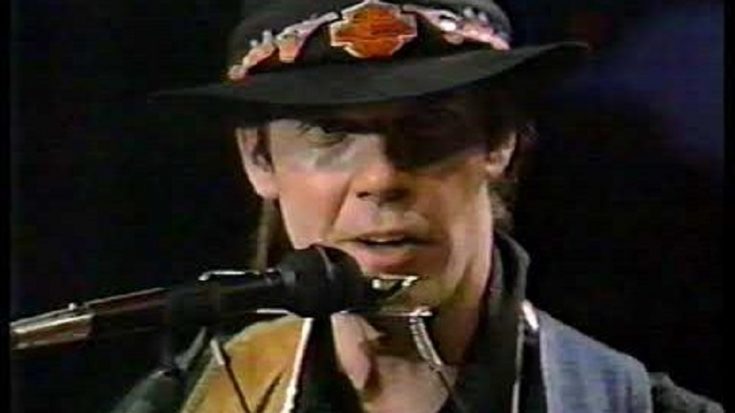 Perhaps one of the coolest things to find about Neil Young is the unexpected facts you’d come across whenever you explore more about him. One thing we have in mind was his 1984 PBS concert footage Austin City Limits, with the International Harvesters.

Neil Young’s country foray on his album Old Ways, like most of his genre explorations during the so-called “lost ‘80s,” was generally unsuccessful commercially. With the rise of punk and new-wave genre, it made country music alienated in most aspects of the decade. Therefore, with Young exploring the genre at this point, it didn’t bode well with them.

While the audience had every right to be skeptical of the former hippie musician, what you witness here is a pleasantly chill Neil Young performing his new country compositions to an equally surprised and welcoming audience. Here, Neil’s country tunes are competent and enjoyable enough, with a heartfelt song dedicated for his then newly-born daughter. In addition, the International Harvesters, Young’s backing band, execute “Heart of Gold” with such precision that it’s impossible not to notice how well they capture Neil Young’s Harvest era sound in the studio. After all, they were a lot more than just Neil Young’s brief stint into country music.

You can watch the concert here.