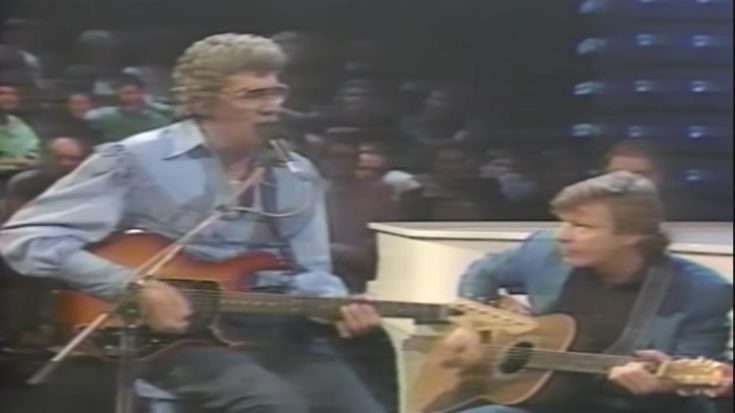 Without Carl Perkins, rockabilly would never would’ve reach its popular status. As rockabilly’s most illustrious monarch, Carl Perkins was an influential figure in the early days of rock & roll. A master of the genre, he deserves all the attention he can get. Let us delve back to the 80s when Perkins, together with his all-star band, perform a legendary medley of songs at the Limehouse Studios, in London.

Perkins was joined by legends Eric Clapton, George Harrison, and Ringo Starr as well as musical director Dave Edmunds on Blue Suede Shoes: A Rockabilly Session for a live television broadcast. Perkins’ legendary rockabilly tunes from the 1950s dominated the concert’s repertoire. He, along with his friends, wowed the audience with an incredible 16-song set, which included two encores. Finally, as a tribute to Perkins’ most famous song, they sang “Blue Suede Shoes” 30 years after it was first recorded. The video of their performance can be viewed below.

Concertgoers have hailed Carl Perkins and his notable guests for their energetic performances, making it one of the most memorable of Carl Perkins’ later career highlights. Moreover, it was also George Harrison’s first concert appearance after 10 years.