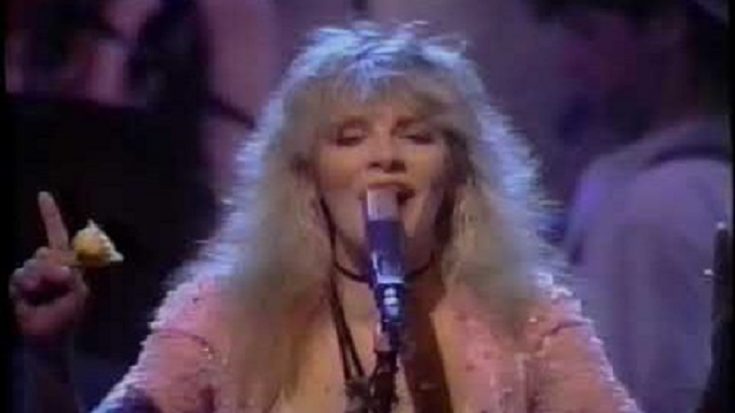 Take a glimpse at this HBO released Fleetwood Mac concert in all their glory in 1983. The full vintage video can be seen below.

At the height of their Mirage tour to support their then-newly released album of the same name, Fleetwood Mac toured in 29 cities in the U.S, performing several songs from their seminal album Rumours, as well as from their self-titled album, Tusk, and Mirage. The HBO special was filmed inside The Forum in Los Angeles, California in 1982, a year before it was released on TV.

There’s a lot of things to look forward to at the concert and Fleetwood Mac did their best to serve. Songs like “You Make Lovin’ Fun,” “Gypsy,” and “Go Your Own Way,” highlighted the band’s power and chemistry onstage – something that Fleetwood Mac became known for. There’s not a boring moment from start to finish, and all of the members shone brightly together; no one was left behind.

An alternate version of this concert was released in VHS entitled “Fleetwood Mac In Concert – Mirage Tour ’82,” later released on DVD. This version had some of the songs that weren’t included in the final HBO version; songs that were left out were “Blue Letter,” “Rhiannon,” and “Tusk.” Although these songs were cut on purpose, they didn’t affect the overall performance of this powerhouse band nevertheless.

“Eyes Of The World”

“Sister Of The Moon”

“Go Your Own Way”