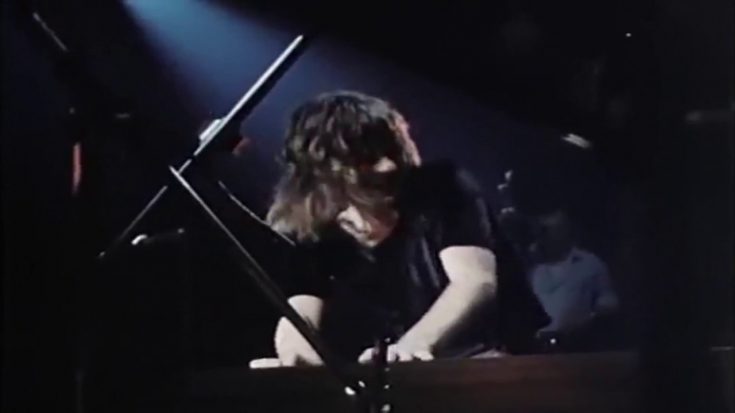 The success of Emerson, Lake, and Palmer seemed inevitable. Keyboardist Keith Emerson of the Nice, bassist-singer Greg Lake of King Crimson, and drummer Carl Palmer of Atomic Rooster came together for a spectacular blast that was suitable for conquering stadiums. It was safe to assume that they were one of the first prog-rock supergroups in this lifetime.

When Emerson, Lake, and Palmer played the Isle of Wight Festival in 1970, they rocked the audience to its very foundations, and the world took notice. At that concert, half a million people were left gasping for breath when the performers launched cannons from the stage and wrecked their instruments in a classical-rock blitz. In the same year, after signing with E.G. Records, the band released their self-titled debut album and began to embark on a 7-month long tour to support it. ELP played in sold-out stadiums in the UK, Germany, Austria, and Switzerland.

On their first stop in Zurich, Switzerland, ELP performed at the Limmathaus. The first side of their self-titled album, which includes “The Barbarian,” “Take a Pebble,” and “Knife-Edge,” was played in its entirety during this show. Moreover, they opened with a complete performance of their epic, “Pictures at an Exhibition” and Nice’s original “Rondo” was included in the playlist as well. Lastly, B. Bumble and the Stingers’ adaptation of Tchaikovsky’s “Nutrocker,” as well as the bluesy “Preacher Blues,” were performed during the show.

Take a look at ELP’s rendition of “Nutrocker” below.