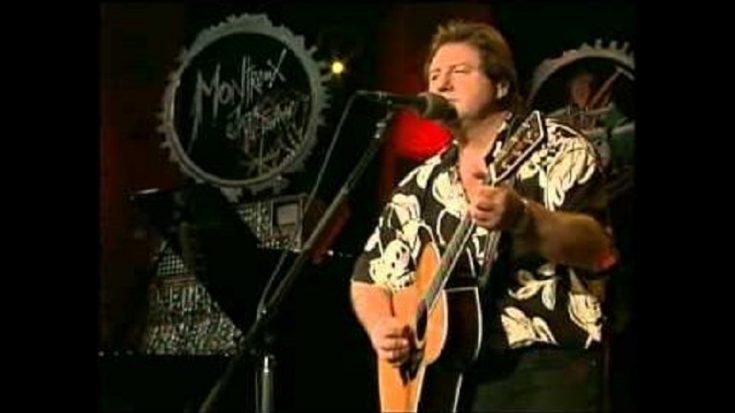 Following their reformation in the 90s, Emerson, Lake & Palmer were eager to rekindle the spark that was lost when the supergroup parted their ways. In the decade, they released two studio albums and managed to tour for both of them.

But, at this point, Carl Palmer developed carpal tunnel syndrome, while Keith Emerson suffered from repetitive stress disorder. Moreover, Greg Lake, a heavy smoker, had deepened his voice which affected his style of singing. It was simply a time when the fans had realized that their idols weren’t getting any younger by the day.

But that doesn’t mean that ELP could no longer deliver a masterful performance. In the video below, we have the trio live at Montreux, Switzerland, for the annual Montreux Jazz Festival. Among the band’s song list is a classic Greg Lake-penned song, “Lucky Man.”

The song “Lucky Man” was written since the group was short on material and couldn’t record another tune. Greg Lake began playing a 12-string guitar and singing a folk-pop melody he had written when he was just 12 years old; in fact, the rest of the record is a far cry from this style, which the band never intended to be their “signature sound.” In the eleventh hour, the ensemble started recording, devising the harmonies as they set down record after record of music. Emerson’s iconic Moog solo at the finale was his first take (and he wasn’t aware that a tape was running). It instantly become ELP’s hit and opened a new window for the group to warm up on ballad songs.