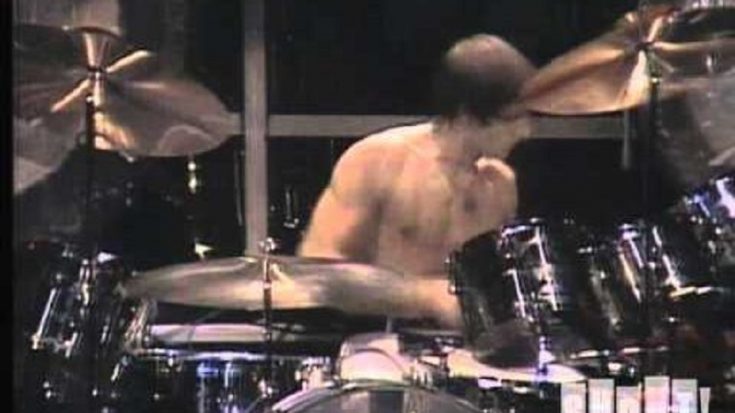 “Fanfare for the Common Man” is among Emerson, Lake & Palmer’s most enduring hits. Despite its 9-minute run, the band seems to make it as though it’s only a three-minute track in every concert they perform. Below, we’ll take a trip down memory lane with ELP’s performance of the song in the famed Olympic Stadium in Montreal, back in 1977.

Emerson, Lake & Palmer, also known as ELP, are an English progressive rock supergroup that occasionally performs during their heydays. Over the course of their career, they’ve sold over forty million albums and performed in front of sold-out stadiums across the globe. Keith Emerson on keyboards, Greg Lake on bass and lead guitar, and Carl Palmer on drums make up the ensemble; they are a well-known and well-received band in the progressive rock genre.

Among their classic hits is “Fanfare for the Common Man,” adapted by Emerson from Aaron Copland’s 1942 instrumental piece of the same name. Greg Lake remembers the first time that Emerson presented the classical piece during the band’s jamming sessions.

“It was just wondering how it came about: We were recording in Montreux, Switzerland, in 1976, and Keith was playing it as a piece of classical music,” Lake recalled. “I played this shuffle bass line behind him and all of a sudden it started to connect. Then Carl came in and we three started to play it. Luckily, the engineer had a two-track running, and that is what’s on the record – the first time we played through the piece.”

It’s among ELP’s go-to songs during live concerts. You may want to look at one of the performances here.