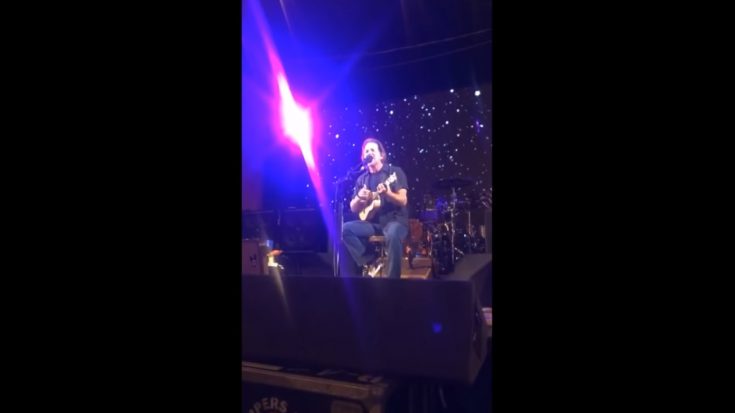 Eddie Vedder checks more songs off his cover bucket list when he performed with Red Hot Chili Peppers in Los Angeles with Prince and Jimi Hendrix songs. The two rock artists were slated for the night for the annual fundraising event for the Silverlake Conservatory of Music, which has been a longstanding tradition of the school. It occasionally features a dinner, concert, and an auction event in which celebrities frequent to partake of, thanks to RHCP bassist Flea’s efforts in the school’s establishment back in 2001.

The concert took place in the school’s parking lot, which saw crowd favorites such as “By The Way”, “Suck My Kiss”, some Pearl Jam tracks, and Tom Petty’s “Wildflowers”. They teamed up to provide a scathing, simmering version of “Purple Rain”, with some help from the students. “All Along The Watchtower” was launched shortly thereafter, doing the Hendrix/Dylan masterpiece justice.

Click on the video below to watch the whole performance.