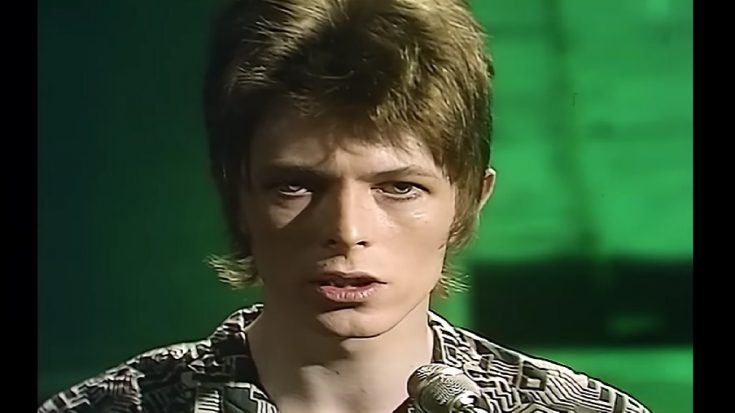 As part of the ongoing 50th-anniversary festivities of his album, The Rise And Fall Of Ziggy Stardust And The Spiders From Mars, David Bowie’s estate has just recently shared an alternate version of newly-upgraded rare film footage from a 1972 UK television performance of “Oh! You Pretty Things.”

While performing “Oh! You Pretty Things” from Bowie’s 1971 album Hunky Dory on the iconic BBC music series The Old Grey Whistle Test 1971, Bowie appeared as his character Ziggy Stardust and was accompanied by his band, The Spiders From Mars. Moreover, the rock star delivered three songs, including “Oh! You Pretty Things” and “Queen Bitch” from the subsequent Hunky Dory album, and “Five Years” from Ziggy Stardust, in the days leading up to the premiere of the Ziggy Stardust tour.

“All three tracks were eventually released officially on the Best Of Bowie DVD (including an alternate take of Oh! You Pretty Things) and they still look and sound as fresh and exciting today as they ever did,” Bowie’s estate says.

“Oh! You Pretty Things” is a song that foretells “the impending obsolescence of the human race in favor of an alliance between arriving aliens and the youth of the present society,” as written by Roy Carr and Charles Shaar Murray in their book Bowie: An illustrated Record.

You can watch the alternate video below.