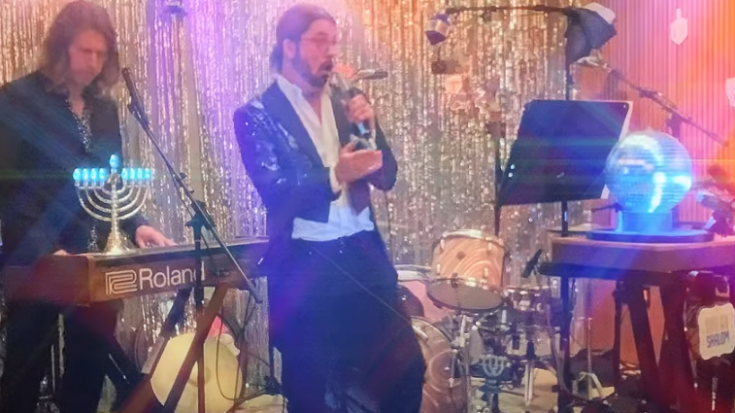 “Copacabana” is the latest song covered by Foo Fighters Dave Grohl and producer Greg Kurstin in their installment of “Hannukah Sessions.”

To rejoice in the 2021 celebration of the Festival of Lights, the two friends paired up and delivered a fantastic rendition to Barry Manilow’s classic that made the singer into an international star. As said by message accompanying the video:

“Barry Pincus – not only one of the greatest songwriters of the 20th (or any) century, but a mega-mensch to boot! So, like a good neighbor, you deserve a break today. So grab a bucket of chicken and let’s get stuck on….. BARRY MANILOW’S ‘Copacabana’!”

Grohl channeled his inner classic singer persona and wore a tuxedo for the performance. However, he changed his outfit almost instantly while playing the drums, wearing sunglasses and a red jacket. Meanwhile, Kurstin followed a lounge-appropriate outfit, singing the backing vocals and playing the synth.

A unique entre to the performance was the use of 70s shenanigans (cheesy effects, disco ball, etc.) that truly captured the essence of the song. The hilarious but groovy performance is definitely worth watching.

“Copacabana” is the 3rd song featured on the duo’s project, which aims to provide a song that has been performed by a Jewish artist. The video is available to watch below.