The Story Behind Why The Yardbirds Fired Jeff Beck 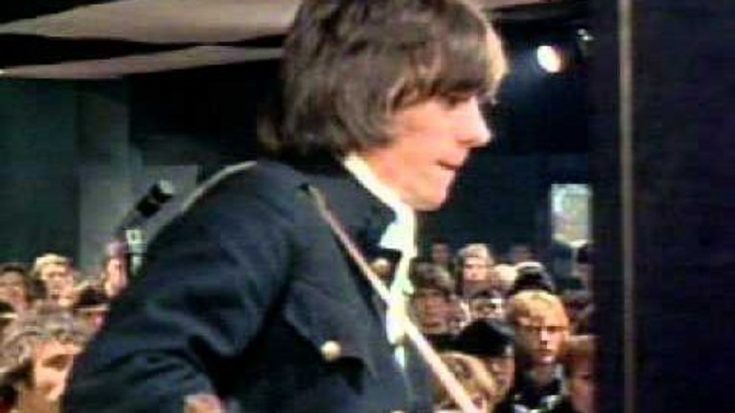 Jeff Beck had a difficult life following his dismissal during his stay at the Yardbirds. “I had to go home and that was probably the worst because I had nothing. I’d given my guitar to Jim [Page]. And I was living back with Mum with no money,” Beck relived the nightmare he had experienced during the Yardbirds’ visit in the US, which, during this point, was the last straw he had endured with the band before he left.

Jeff Beck is the perfect choice for the replacement of Eric Clapton, another guitar god. His tenure in the band became a starting point; during this time, he delivered a different style in which the Yardbirds embraced their psychedelic side, and created hits more than they can imagine. However, Beck wasn’t happy at all times, and everything unraveled when they hit the jackpot of going to America.

In the US, the Yardbirds were still viewed as a pop group, blending in the likes of the Beatles as part of the “British Invasion” effect to the Americans. Such a stereotype didn’t sit well with Beck, whose main goal was to create the weirdest noise he could and cement the idea of the Yardbirds’ supremacy. Drummer Jim McCarty shared something on the history of Beck inside the band in an interview from Something Else! in 2015.

“We were contracted to do a Dick Clark tour, which meant playing about 30 nights in a row, maybe more than one show a night, traveling in a bus with all the other bands. Not the best decision for us, as the other bands were all so different – Gary Lewis, Sam the Sham?” the drummer said.  “Jeff couldn’t take it and disappeared after the first show. That was it, as far as we were all concerned.”

Following a series of arguments and numerous MIAs, the band decided on Beck’s career to be over. Different stories spiraled, but the most obvious one was by the end of November, an official statement was released by the group to confirm that Beck will no longer be a part of the Yardbirds. It was at this point that Jimmy Page stepped up to become the lead guitarist, and therein lies the beginning of the third era.

Meanwhile, Beck’s firing didn’t give him any luck at first. In 2018, the guitarist admitted to feeling “lost” after the Yardbirds. “I hadn’t realized that by leaving the band I didn’t know where I’d go,” he said. But he never imagined himself ringing the telephone and asking to come back with them again. “When you get kicked so hard, you realize there’s a serious wake-up call and then you get up and do something about it. I thought, ‘OK, you need to get cracking now,’” Beck added.

That’s when a new ray of light shone in front of the musician, upon his sudden meeting with singer Rod Stewart. The two met at a bar and discussed their misfortunes, as Stewart was also recently got kicked out of his John Baldry’s band. They spent their time on the science museum the next day and talked about the possibility of creating a band, thus the emergence of the Jeff Beck Group.