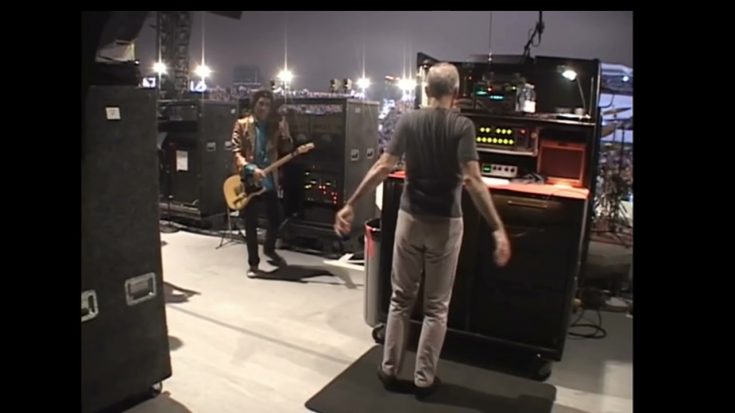 It’s still hard to grasp the reality that Charlie Watts is indeed gone. His generous contributions to the world of rock as a member of the Rolling Stones was a legacy that will be remembered for hundreds of years to come.

If you’re still here sulking around the death of your drum hero, we’ll ease your worries away by presenting you this wonderful clip of Charlie Watts dancing backstage for a warm-up. The ritual usually happens before he enters the stage, either to shake his nerves up, to energize himself, or to prepare himself for a long night of performing. Whichever reasons it would be, it was hilarious and adorable to watch.

It also seems like it’s not only us who enjoy Watts’s rituals beforehand. Keith Richards, the Rolling Stones’ guitarist, loved to watch his friend shake his worries away, like a nervous child. He laughs like it’s amusing for him, and it’s delightful to look at.