Relive The Love Between Stevie and Lindsey In “Landslide” Performance 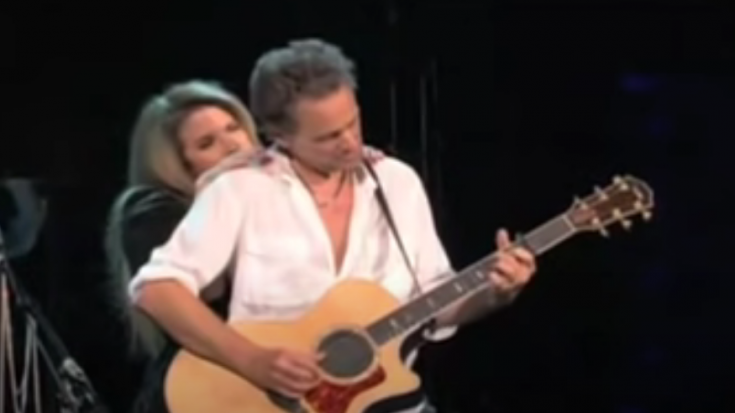 Stevie Nicks and Lindsey Buckingham’s relationship was something that was not cut from a fairytale cloth. Both have problems that continued to take a toll on their bond, to the point where it’s best to just end it. But even though they did not exactly have the fantasy-type of love, they did, however, managed to help each other inspire and grow in the name of music.

Stevie wouldn’t be the Stevie that she is today without Lindsey and vice versa. The talented singer has a knack for relating her songs to what’s happening in her life, and thankfully, her guitarist partner is there to share the moments with her as time goes by. That is exactly what prompted her to write Fleetwood Mac’s hit, “Landslide.” Still deciding on pursuing a career in music with Buckingham or to continue going to college, the young Nicks never fully grasp the decision until she saw Colorado’s Rocky Mountains that gave her an awakening. A year later, the duo would join Fleetwood Mac and the rest is history.

“Landslide” became a concert staple throughout Nicks’ career, singing the song either inside Fleetwood Mac’s name or hers. Inside this one particular performance below, Stevie got together once more with Lindsey Buckingham, only armed with his acoustic guitar that wrapped so marvelously great around the singer’s remarkable voice. Decades of years have passed, but you can still feel the love between the two partners of music, just like the good old days.