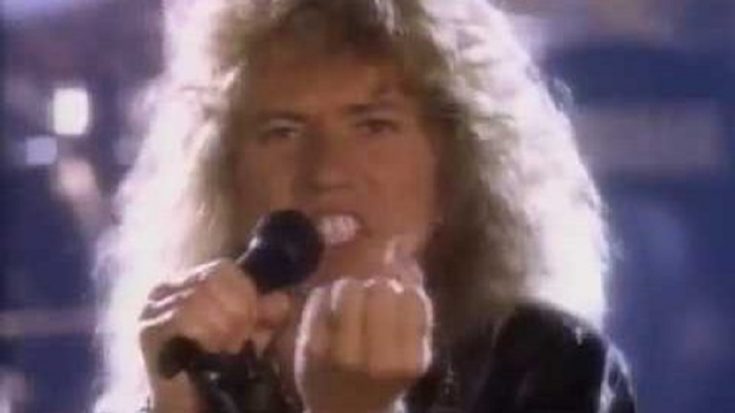 When MTV was first introduced to the people, it became an outlet for the rock artists to show not only their creativity in making music but also their ideas for a rowdy and satisfying music video. Since the 80s became the birth of rock metal, most of the videos presented below more likely belong to such category. Get ready to embark on a nostalgic tour with these 15 greatest Rock and Roll music videos to watch. Have fun!

“Run To The Hills” – Iron Maiden

Iron Maiden created “Run To The Hills” with a dark message, but their music video for it is lighter than what’s expected. Its comedy theme can be observed for that one scene where the Native American was about to scalp a settler, only to find out his hair was a wig.

Metallica wasn’t just up for the music video hype not until they released “One.” Their debut in the world of MTV gave them the boost of a career that they deserved.

“You Shook Me All Night Long” – AC/DC

It wasn’t until the Who Made Who album that this AC/DC song came to life. With a bit of a narrative along the way, it stars Brian Johnson, Angus, and Malcolm Young who were walking down the street and spotted a pretty girl whom they noticed.

Skid Row’s deterrent tale about Poor Ricky, whose childhood became yesterday’s dream when he spent his life behind bars is actually pretty sad. Its music video is nothing but a tragic one as well.

Dio’s music is often associated with fantasy themes, and therefore he also loves to show his work inside the enchanted world. For “Holy Diver,” Dio portrays a magic warrior who yields a sword, and inside his final battle, he emerged triumphantly.

“Round and Round” – Ratt

Ratt got lucky to cast the legendary comedian Milton Berle to portray both the husband and the wife downstairs who are upset with the noise that Ratt’s been creating at the start of their dinner. Due to this incredible cameo, “Round and Round” became the greatest song of all time from the group.

Back when music videos were still loaded with content and angst, “We’re Not Gonna Take It” is among the group’s most beloved MVs of all time. Rock and roll will live forever indeed.

“Walk This Way” paved the emerging popularity of rap with Run-D.M.C’s rejuvenating rendition to this Aerosmith song. Not only that, but it also helped boost the almost deteriorating career of the American rock band.

This is probably one of the best rock and roll music videos to gratify your need for a good MV. The hilarious takes are interspersed with one of the group’s finest performances out there.

Nothing screams like the 80s that Whitesnake’s “Here I Go Again” music video. It remains to be MTV’s most beloved music video of all time.

“Pour Some Sugar on Me” – Def Leppard

Def Leppard became huge all thanks to their Pour Some Sugar on Me” music video that significantly got a lot of airplay. The clips of the performance came from their “In the Round” tour.

This Van Halen video did not only showcase Eddie Van Halen’s masterful skills from the guitar but also showed an incredible keyboard part. Not only that, the MV’s perfectly good to portray the mightiness that the band is well-known for.

“You Give Love A Bad Name” – Bon Jovi

Anyone who knows this song could tell you that this was Bon Jovi’s breakthrough in music. With its recognizable rhythm as well as remarkable lyrics, there’s no denying that “You Give Love A Bad Name” is an awesomely great track.

We get it, being a teenager can be tough, since most of the time, your parents cannot understand you. Suicidal Tendencies effortlessly captured that feeling, with Mike Muir embodying the teenage angst that we had during the youthful days.

Guns N’ Roses’ explicit music video was met with hesitation back on its release, but the high demand made it a classic MTV staple. It also jumpstarted their careers to rise to fame.