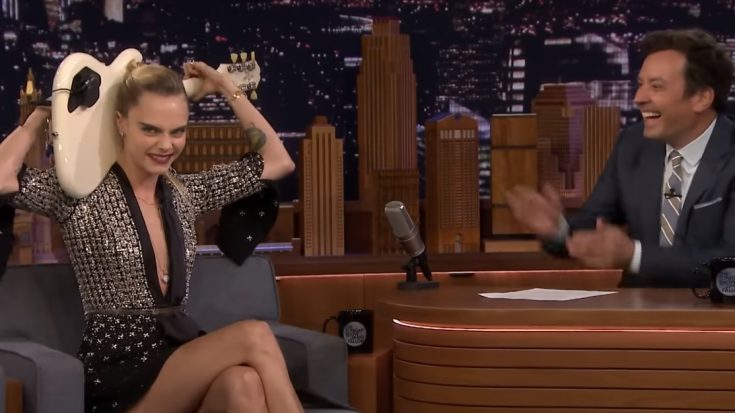 Lynyrd Skynyrd’s iconic track “Sweet Home Alabama” from their sophomore release of the 1974 album, Second Helping, has clearly not lost its spark in the current setting, as it became a “meme” song of sorts used for redneck humor on the Internet. But apart from its crude usage nowadays, the feel-good Southern rock hit has become a staple in classic rock history for its innovative arrangement and composition, furthering the reach of southern rock in the industry.

English model, actress, and singer Cara Delevingne honored the epic rock classic with her own version as well, albeit being a preview of sorts at best. In a guest appearance at the Tonight Show Starring Jimmy Fallon, Fallon asked Delevingne about a hidden talent of hers, which was playing the guitar behind her head. She said she was influenced by the great guitar deity himself, Jimi Hendrix, to master the party trick. Fallon then surprised Delevingne by pulling out an electric guitar from under his table, getting her to show off her skills. Watch Cara Delevingne channel Jimi Hendrix through the Lynyrd classic by clicking on the video below!